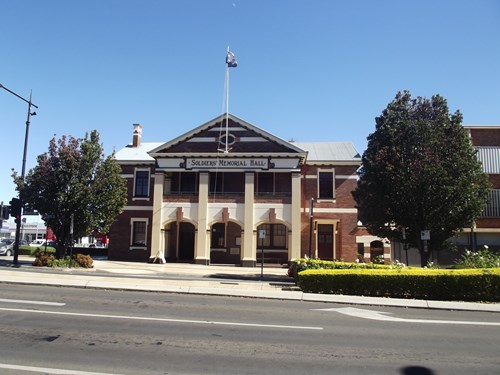 The 1st September 2019 marked one hundred years since the granting of the Charter to the  Toowoomba Sub Branch of the Returned Sailors’ and Soldiers’ Imperial League of Australia. However, further historical evidence has come to light which appears to confirm that the Sub Branch may indeed be older than at first thought.

Research has identified that returned soldiers were meeting at the Soldiers’ Rest Rooms in Margaret St to share camaraderie as early as 1916. There was no formal structure at that time and the social gatherings facilitated by the Church of England had no connection with the RSL. The first recorded mention of formalizing the group was in the ‘Darling Downs Gazette’ dated Thursday 19 April 1917 at which time it was reported that a number of soldiers met to consider the formation of a local branch of the Returned Sailors’ and Soldiers’ Imperial League of Australia (RSSILA). The organizer of the meeting stated that the League was established nationally to provide welfare for the returned veteran and that it was both non-partisan and non-sectarian. It stood for the Empire and flag for which the members had fought. After this impassioned address it was decided to form a branch of the League in Toowoomba.

On 8 May 1917 the first general meeting of the newly formed Toowoomba Sub Branch was held, at which time Lieutenant Hugh Mc Martin was elected as the President. During his thank you speech, the newly elected President undertook to do his best for the League but warned the general public against “plausible humbugs who posed as returned soldiers and under the guise imposed upon the patriotically minded”. (Darling Downs Gazette 9 May 1917).

In June 1918, Lewis Joseph Kimber was elected President and oversaw the granting of the Charter to officially form the Toowoomba Sub-Branch.

In January 1919, former Mayor and local medical identity, Dr. Thomas Price formed a Citizen’s Committee to begin raising funds to purchase land and erect a memorial to honour fallen and returned service personnel of the First World War. It was decided to construct a Soldiers’ Memorial Hall which would also be the home of the Toowoomba Sub-Branch. In June 1922 designs for the two storey building by leading Toowoomba architect William Hodgen were approved by the Toowoomba City Council. Interestingly, one set of plans submitted for the Hall but not chosen was by the nationally renowned architect Walter Burley Griffin. The Foundation Stone was laid by General Sir William Glasgow on ANZAC Day 1923 whilst the building was officially opened on 5 September 1924 by the then Governor of Qld, Sir Matthew Nathan.

In 1929, a rear wing was added to the building which was eventually demolished in 1957 to make way for a replacement which is still in use today. The extension contained a dance hall which boasted the best sprung floor in the district, and was the scene of Saturday night dances for many years.

As we embark on our second century, we continue the strong tradition of service to local veterans and their families by providing welfare, support, and fellowship.

We are indebted to local historian Jeff Hewitt and to Sub Branch Research Officer Lindsay Morrison for their research on this topic. 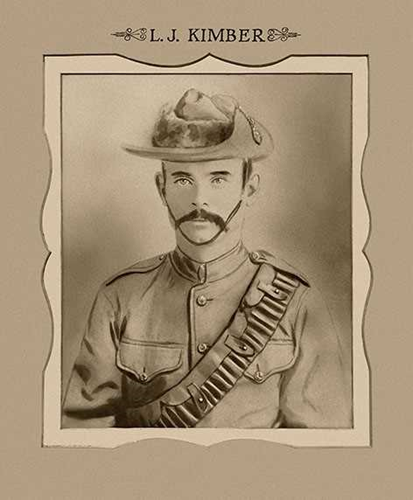 When you walk through the door of our Sub Branch, it is of no consequence where you served or for how long. We will not judge you by the arm of the service you joined nor by the rank you attained. The mere fact that you chose to serve our country in any capacity deserves the respect and admiration of us all.

Every visitor will be welcomed and treated with mutual courtesy. We will extend the hand of friendship to you and anticipate that you will do likewise to your fellow veterans. We will join in supporting those who reach out to us, and not judge those who need our help.

At all times, we will conduct the activities of this Sub Branch in a spirit of camaraderie and a willingness to serve those who in turn served our nation.

In addition to leading our Sub Branch, Scott was recently elected Deputy Vice President of Western District RSL. He is a founding member of the Young Veterans organisation and continues to initiate an expanded range of programs/activities to benefit all our members.

Sheldon assists with delivering new services and activities. He is also our Commemorations Co-ordinator who oversees the planning and implementation of ANZAC Day, Vietnam Veterans Day and Remembrance Day Services and associated activities.

Ben has recently joined the committee following a career in the RAAF. His desire is to contribute to the growth of our Sub Branch by acting as our Grants Writer. We will also greatly benefit from his organisational skills.

Wendy undertakes a wide range of secretarial duties and manages the daily operation of the Sub Branch office. She is also the Membership Officer responsible for ensuring enquiries and membership matters are handled in a timely manner as well as the Merchandise Co-ordinator.

Ashley has responsibility for the financial management of the Sub Branch. She is also involved in organising a range of activities particularly for our female members/partners. Ashley's additional duties include being the Co-ordinator for the 'Quilts of Valour' program.

Huey has been involved in the Sub Branch for many years, serving in numerous Executive positions. Currently, Huey acts as the Wellbeing Co-ordinator responsible for ensuring requests for welfare assistance are promptly actioned. Huey also holds the Transport Co-ordinator portfolio.

Lindsay is the Resource Officer with a special interest in the preservation and restoration of the items of memorabilia in our care. He has a passion for military history and enjoys responding to enquiries from the public related to the service of our military personnel.

Rhonda is a Life Member of both the Toowoomba RSL Sub Branch and the former Womens' Auxiliary. Rhonda is very dedicated to the Sub Branch with a particular interest in fundraising and the volunteers.

Jason is the Sub Branch OH&S Advisor and assists with the implementation of activities for our younger members & their families, particularly the Range shooting activities.

Chris has taken on the role of Grants Officer for the Sub Branch seeking out potential funding opportunities as they arise.

In addition to being involved with several activities, Allan also acts as Assistant Secretary when required.

Tav advises the committee on our engagement with the local bases particularly the current serving members.

General Meetings of all members are held on the third Sunday in:

See our Calendar to find details of upcoming General Meetings.