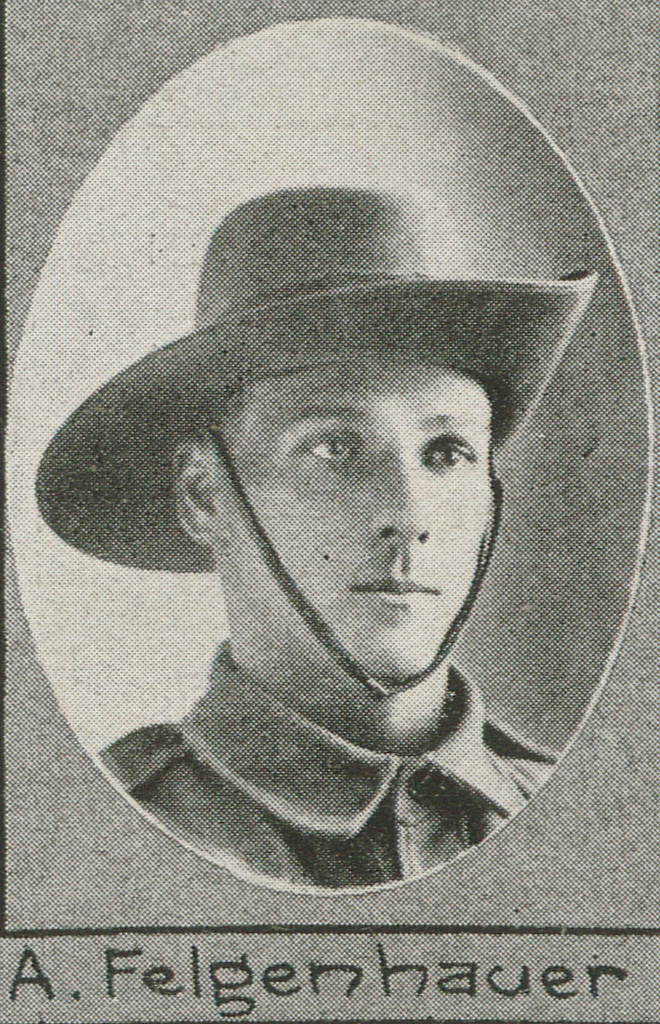 In Egypt in January 1916 Albert Felgenhauer developed bronchitis. By March he was "dangerously ill" with tuberculosis and was invalided to Brisbane in April. At Enoggera Military Hospital he was diagnosed with "advanced TB in both lungs." He died soon after at his Toowoomba home, aged 23.