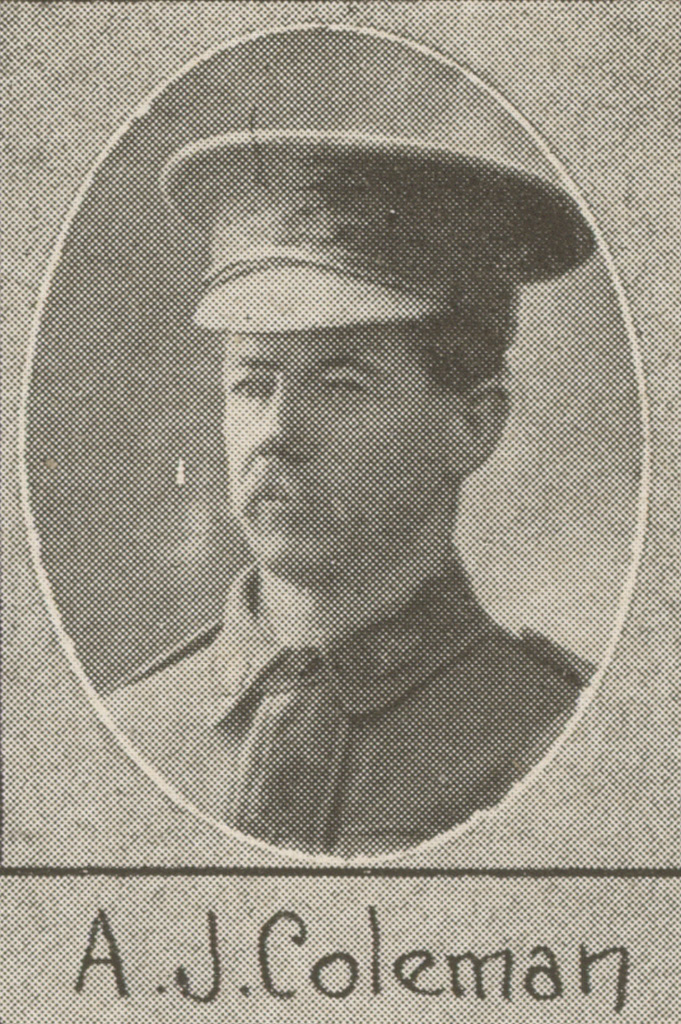 Albert Coleman arrived in France in March 1917 after training in England for three months. In Belgium on 22 June he was wounded in the chest at Messines and admitted to the 9th Australian Field Ambulance station. The next day he was taken to the 11th Casualty Clearing Station where he died 24 hours later.