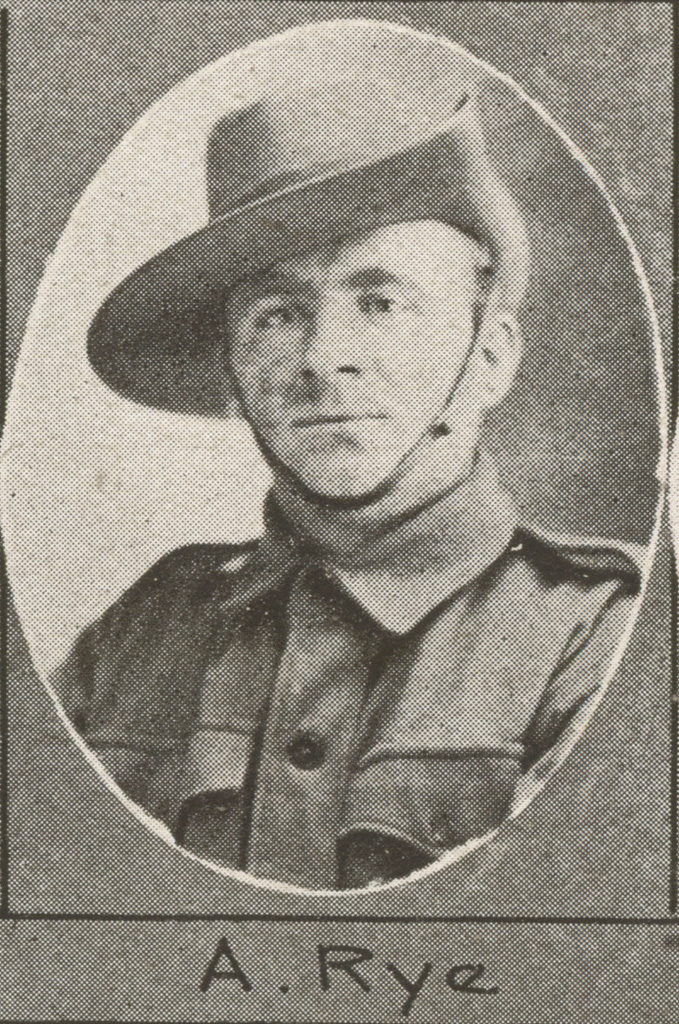 Albert Rye served at Gallipoli from October to December 1915. He arrived in France in March 1916 and in August was reported missing in action at Pozieres. A year later a Court of Enquiry confirmed he had been killed on 5 August. After the war his body was exhumed from the former battlefield and re-interred at Serre Road Cemetery.