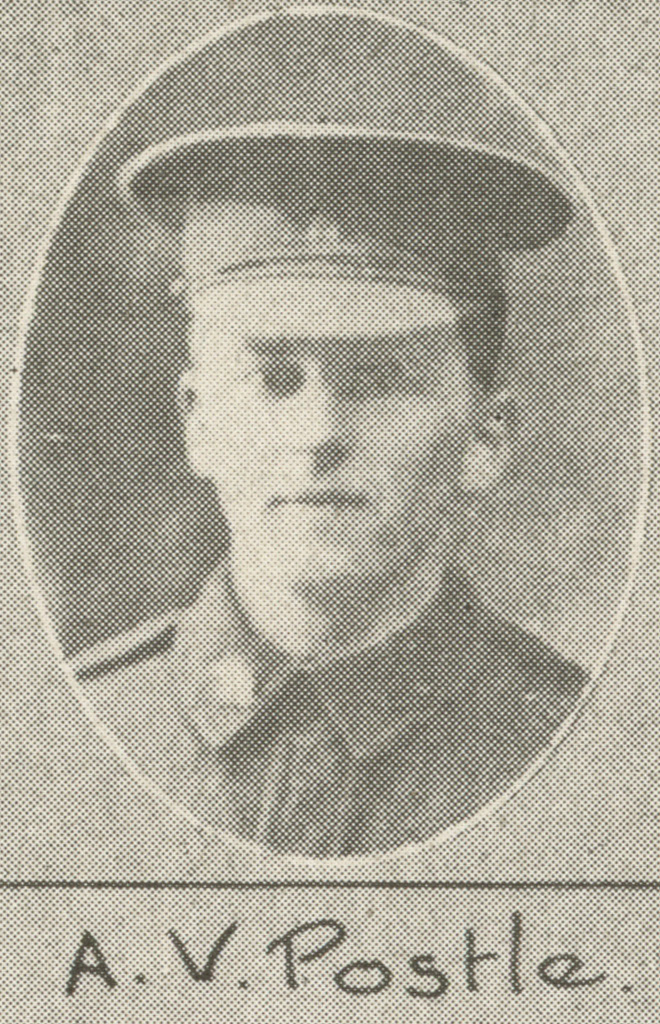 Albert Postle arrived in France in May 1917 after two months machine gun training at Grantham in England, and transferred to the 3rd Machine Gun Company. In September he was wounded in action and hospitalised at Etaples, re-joining his unit - now designated the 4th Machine Gun Battalion - in November. In April 1918 he was reported ‘missing in action’ until it was learned he had been wounded, taken prisoner and interned in Stuttgart, Germany. Following the Armistice he was repatriated to England in November 1918 and returned to Australia in March 1919. He was 22.