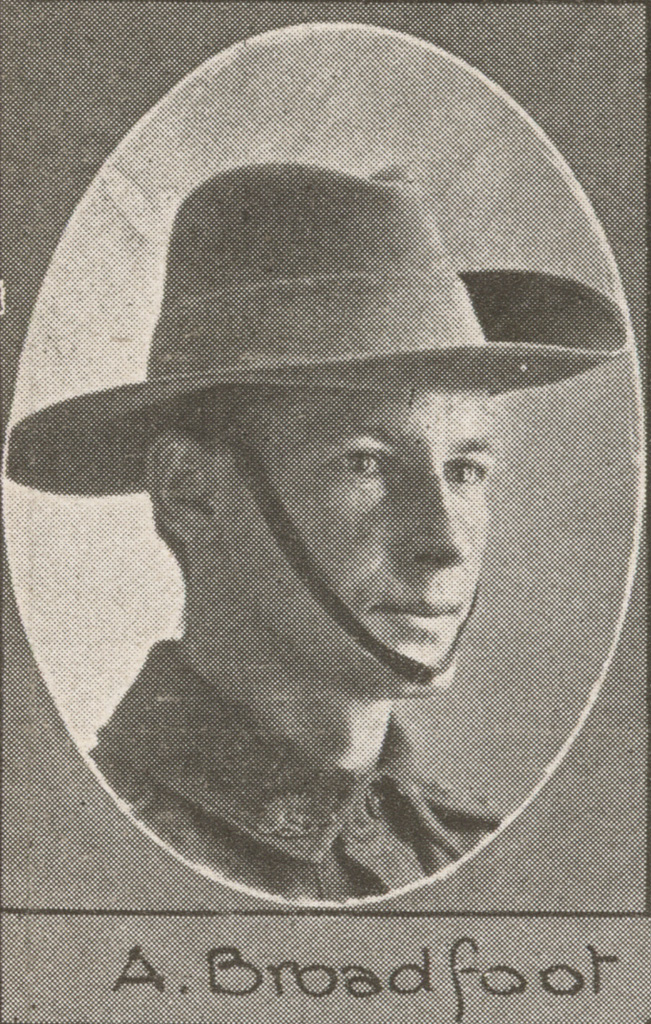 Alexander Broadfoot landed in France in June 1916. He was wounded in action in August by a gunshot to his left thigh and spent six months in hospital in England. In May 1917 he transferred to the 15th Battalion. He was promoted to Sergeant in June 1918. His bravery in France in August won him the Military Medal. He returned to Australia in March 1919.

Military Medal citation: "His Majesty the King has been graciously pleased to award the Military Medal for bravery in the Field." (Awarded 29 September 1918)