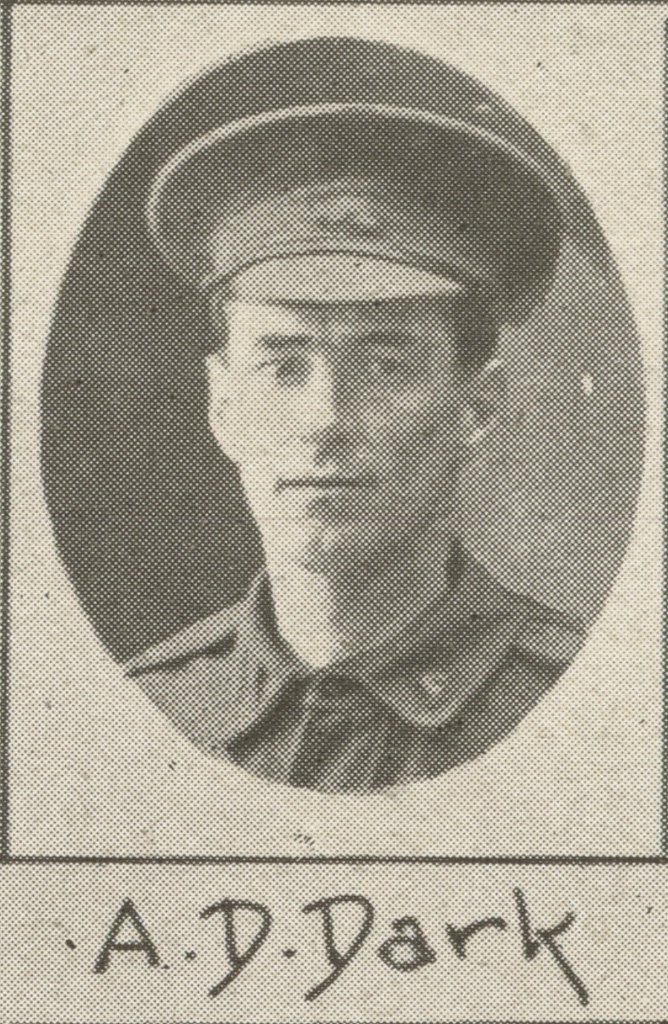 Alexander Dark landed at Gallipoli in April 1915. He was wounded in action in July when a shell explosion knocked him unconscious and he came to on a hospital ship enroute to Malta. In August he was transferred to England suffering from deafness, concussion and spinal shock. He returned to Australia in October 1915. He re-enlisted in Toowoomba in December 1916  but was still suffering the effects of shell shock and was discharged in January 1917.