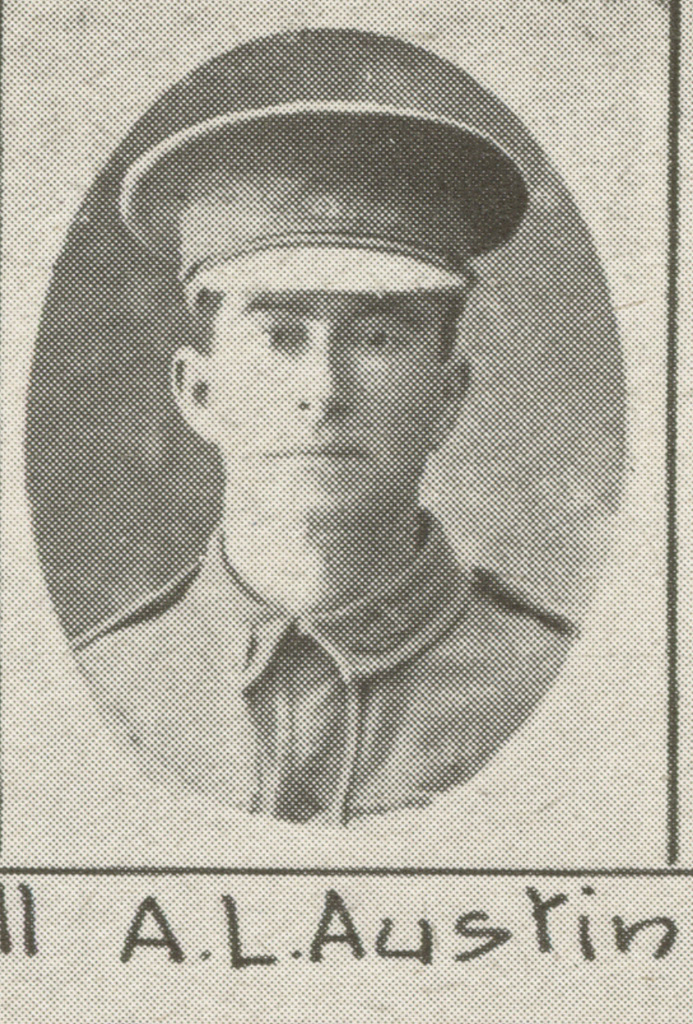 Alexander Austin arrived in France in June 1917. Two months later he became ill and was treated at the 3rd London General Hospital, returning to France in December. In May 1918 he transferred to the 49th Battalion. He contracted influenza while on leave in England in November and returned to Australia.