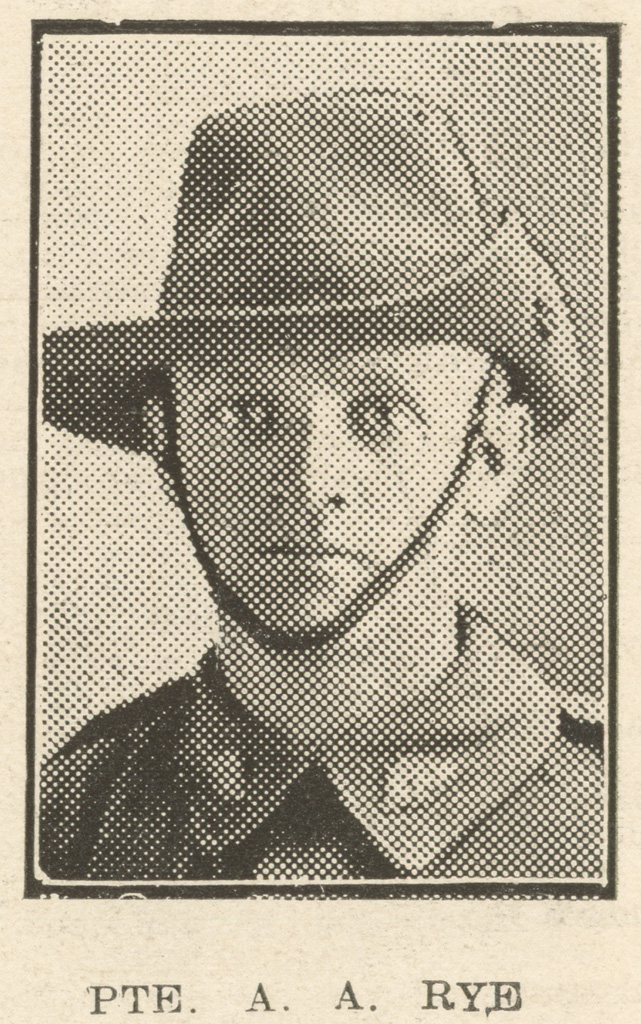 Alfred Rye was among the first Australians to land at Gallipoli. He received a serious gunshot wound on 24th May and was evacuated to the 15th Australian General Hospital at Heliopolis where he died of his wounds two weeks later. He was only 19.