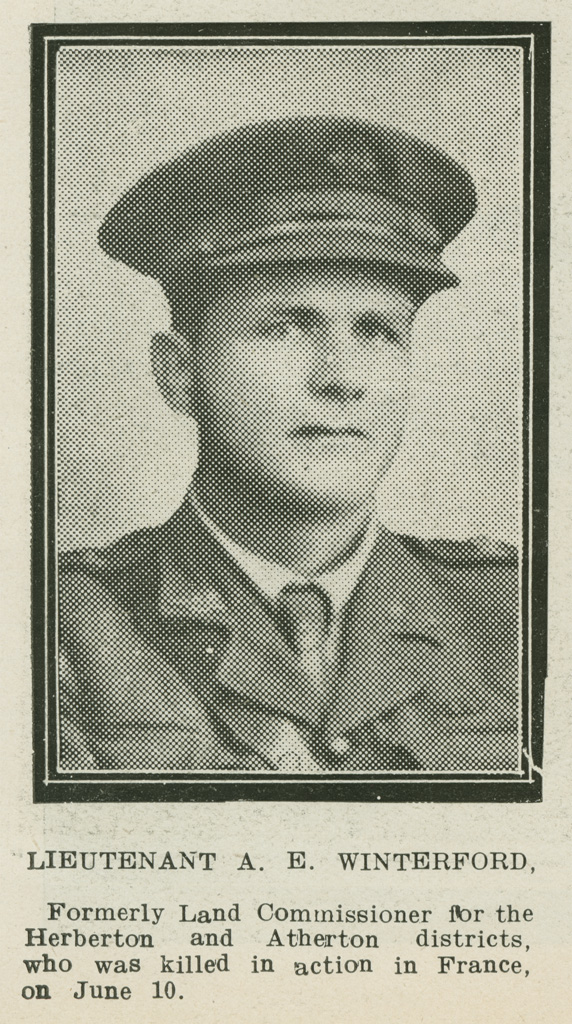 Alfred Winterford landed in France in July 1917 and six weeks later was promoted to Lieutenant. In Belgium in October he was wounded in action at Broodseinde Ridge and transferred to the 3rd London General Hospital, re-joining his unit in France in April 1918. He was killed in action on 10 June 1918 at Morlancourt.