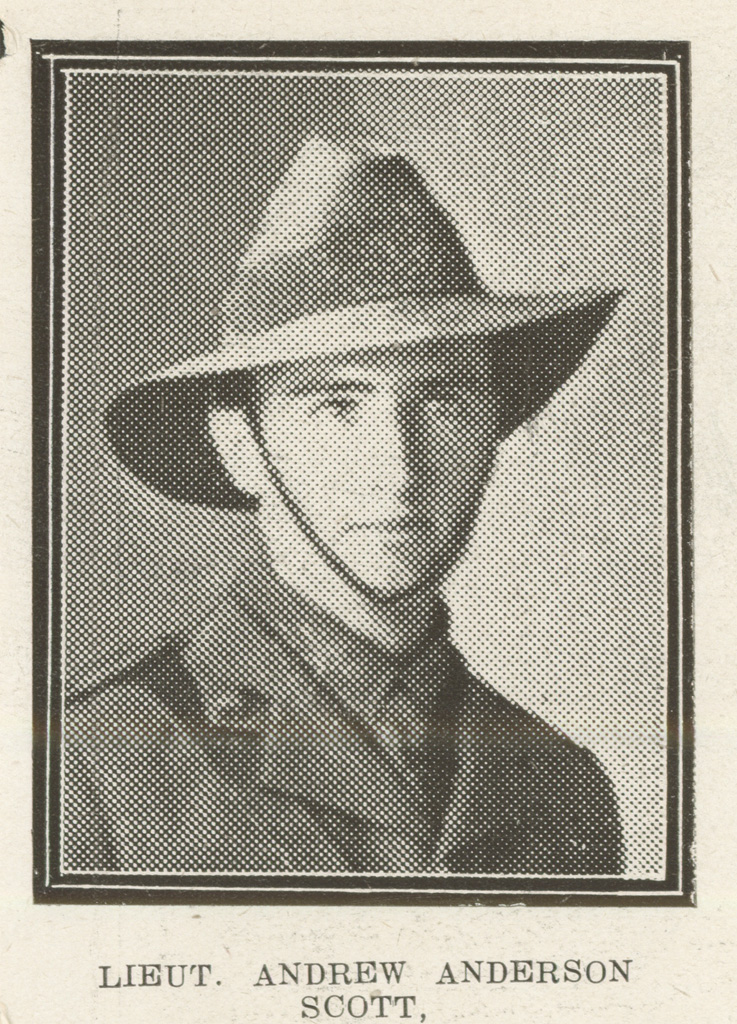 Andrew Scott landed at Gallipoli in August 1915 with the 5th Light Horse Regiment. In October he was evacuated to Egypt with typhoid and then returned to Australia. He re-embarked in August 1916 with 25th Battalion 14th Reinforcements and arrived in France in February 1917. In August he was promoted to 2nd Lieutenant. Two months later in Belgium he was killed in action at Zonnebeke. His body was never found.