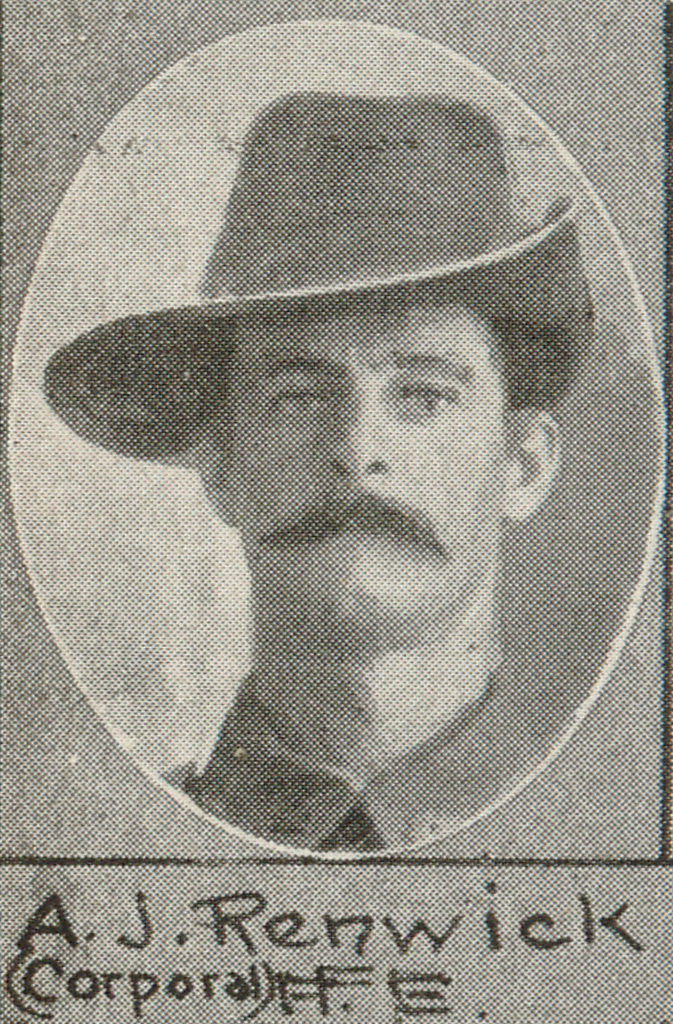 Andrew Renwick arrived in France in November 1916 following four months of training in England. He was killed in action on 26 June 1917 at Messines, Belgium. He was buried three km from Messines near the village of Wulverghem.