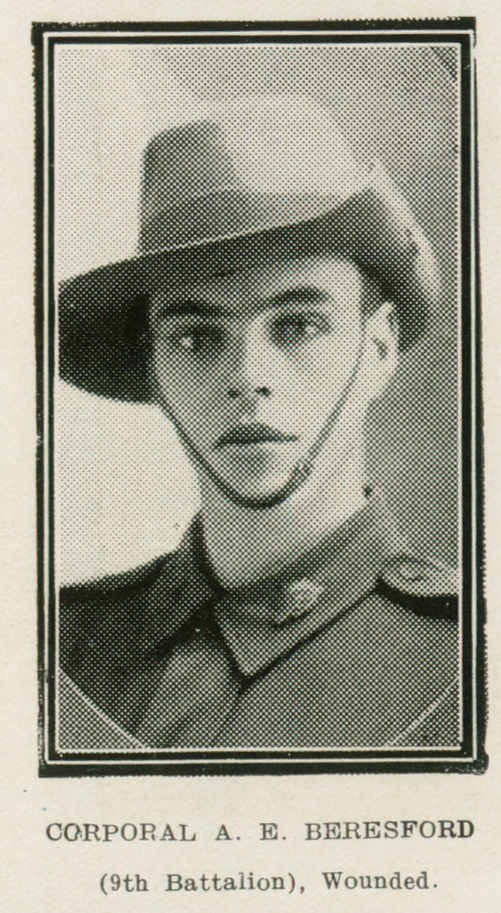 Arthur Beresford was injured at Gallipoli on 25th April and invalided to England. He recovered but remained in England until February 1918 when he went to France and was transferred to the 26th Battalion. On 26 June at Vignacourt he 'accidently' received multiple bomb (grenade) wounds to his back and died from his injuries three days later.

A Court Martial in Melbourne in November 1919 charged a soldier in his Battalion with intentionally killing Beresford. Private James Richmond was convicted of "unlawful and malicious wounding by causing an explosion in his (Beresford's) dugout" and sentenced to four years hard labour.