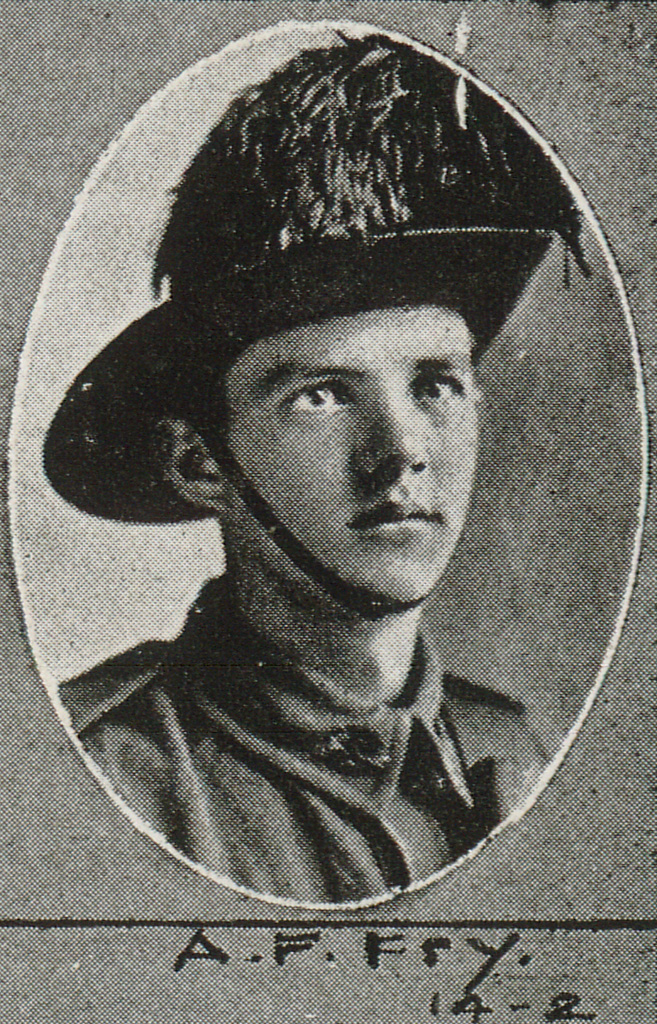 Arthur Fry transferred to the 2nd Australian Field Artillery Brigade 5th Battery in Egypt in May 1916. Following six months artillery training in England, he arrived in France in April 1917. In Belgium on 2 October he was wounded in the head by shrapnel and evacuated to the 2nd Australian Field Ambulance where he died of his wounds. He was only 22.