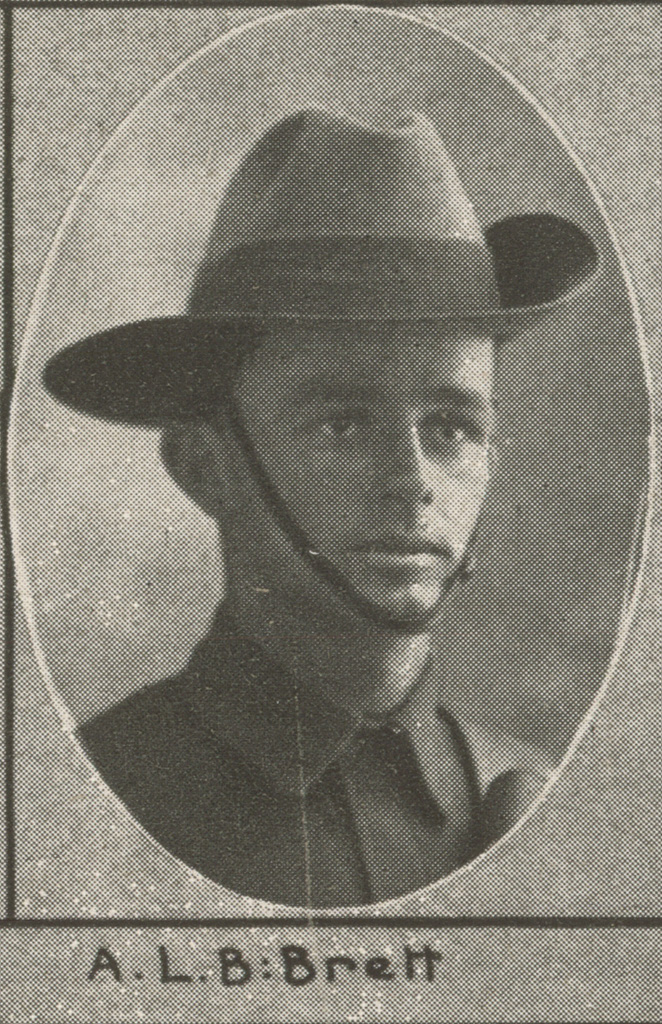 Brother of 43 Sergeant Robert Cyril Palmer Brett (not on Roll of Honour).

Arthur Brett served at Gallipoli from May to December 1915. In July 1916 he was promoted to 2nd Lieutenant and to Lieutenant in December. Shortly after completing a four month officer training course at Zeitoun, he suffered a nervous breakdown in June 1917. He returned to Australia in November. On 31 July 1918 he married Elsie Row in Toowoomba.