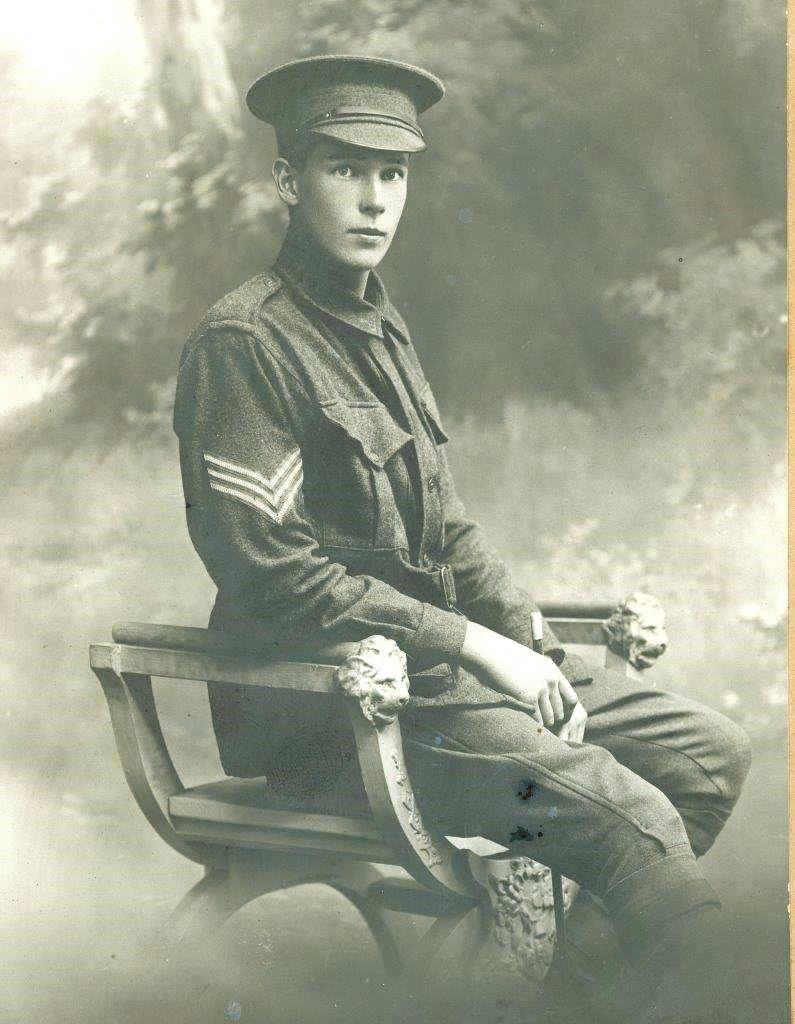 Charles Brothers arrived in France from England in August 1916 and joined his unit In Belgium. In February 1917 he was hospitalised for two weeks with trench feet. In April near Bapaume in France he was severely wounded by shrapnel and died of his wounds the same day. He was only 19 and an only son