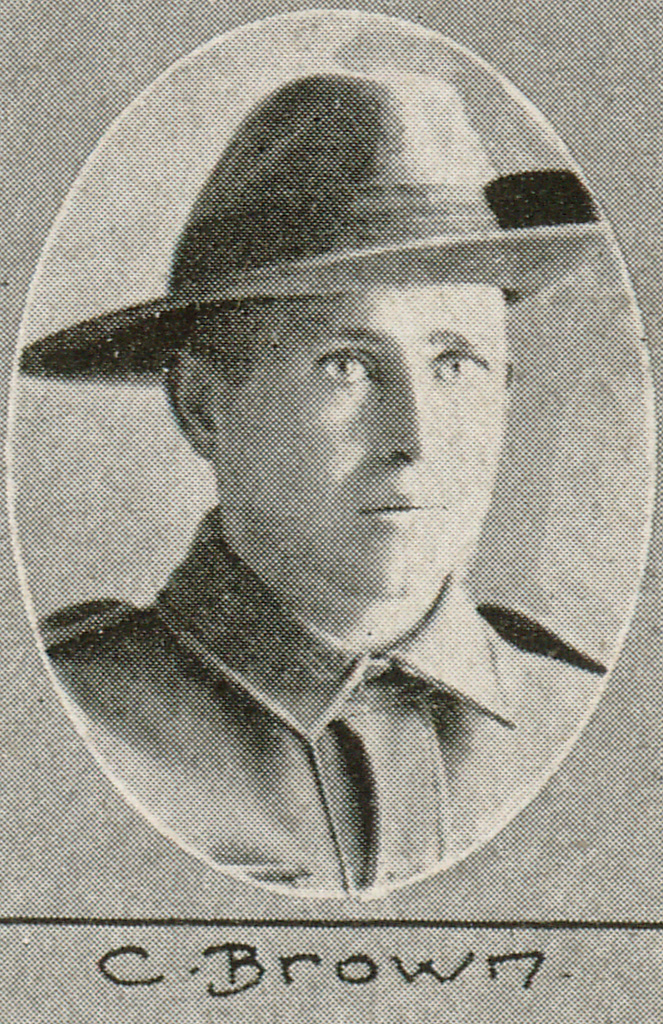 Charles Brown arrived in France in November 1916. In April 1918 he contracted influenza and was hospitalised in Rouen, then invalided to Queen Alexandra Hospital at Cosham. He re-joined his unit in France in July and two weeks later went missing in action near Amiens. It was later confirmed he had been killed on 12 August. His body was never found.