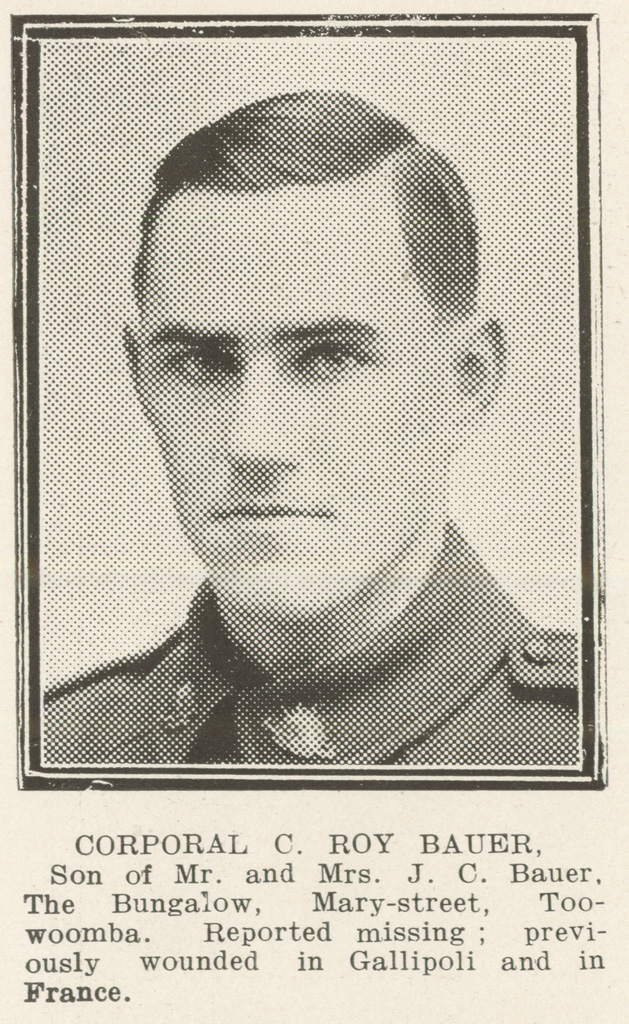 Roy Bauer served at Gallipoli from September to December 1915. In March 1916 he arrived in France. In May he was wounded in action by multiple gunshots and hospitalised in France and England. He returned to France in October and transferred to the 15th Battalion. In March 1917 he was reported missing during fighting at Lagnicourt. He had been wounded, taken prisoner and interned in a prisoner-of-war camp in Germany. In January 1919 he was repatriated to England where he learned his younger brother William had been killed in action at Ypres four months earlier.