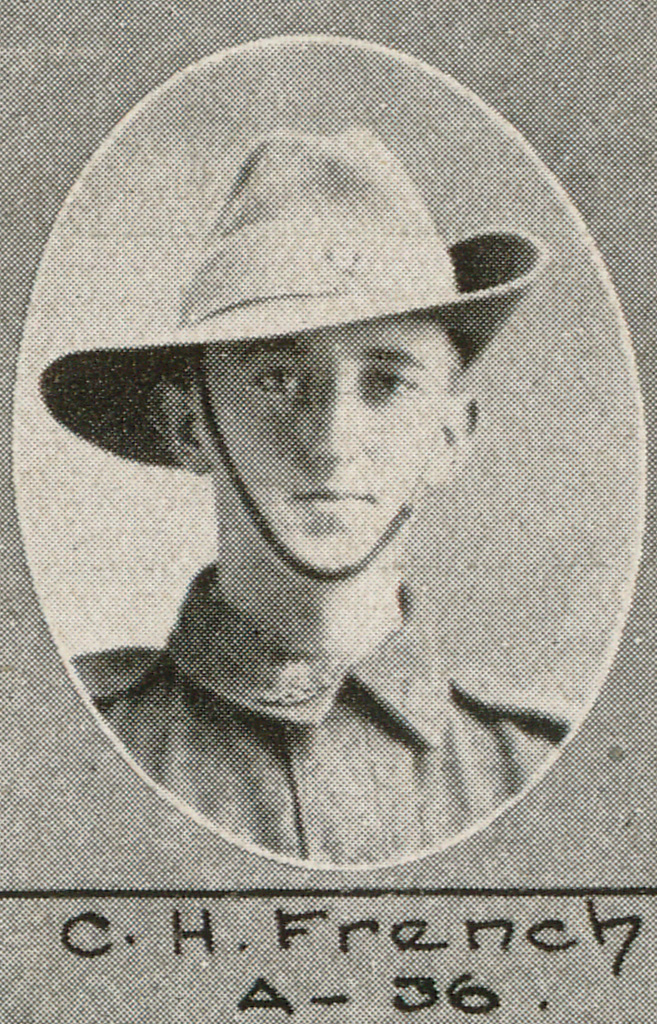 Christopher French transferred to the 11th Light Trench Mortar Battery in England and arrived in France in November 1916. He was wounded in the right foot, arm and left hand in May 1917 and evacuated to Woolwich’s Brook War Hospital. He returned to Australia in December 1917 and was discharged in March 1918, aged 20.