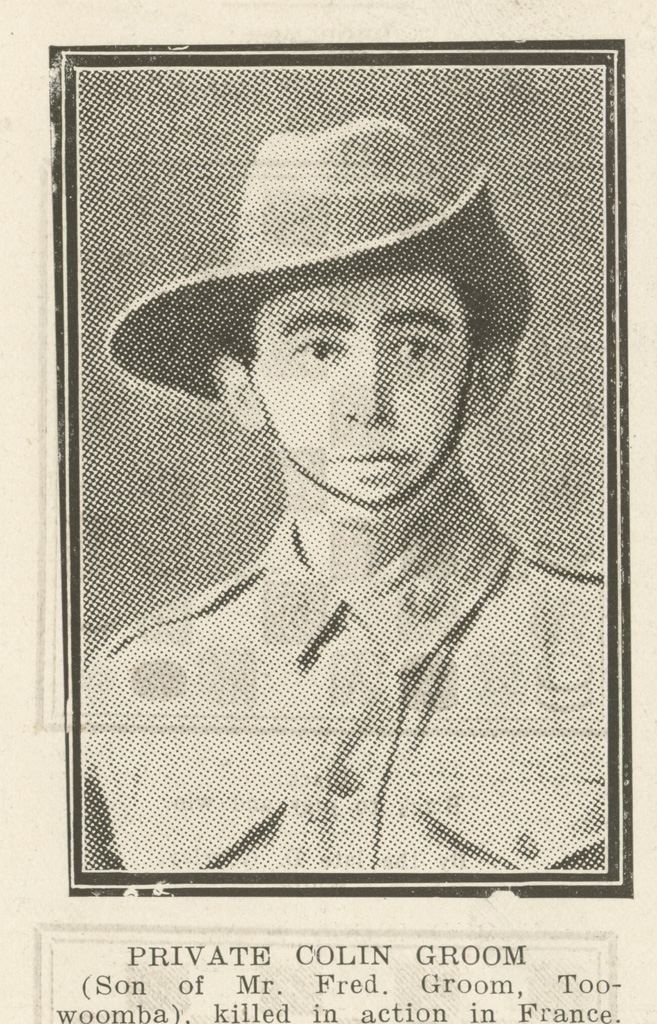 Colin Groom arrived in France from Egypt in March 1916. In May he was wounded by shrapnel to his ear and hospitalised. In July he returned to his unit but was wounded in his right thigh a month later. He was transferred to East Leeds War Hospital and did not re-join his unit in France until December. He was killed in action at Lagnicourt in March 1917. His body was never found.