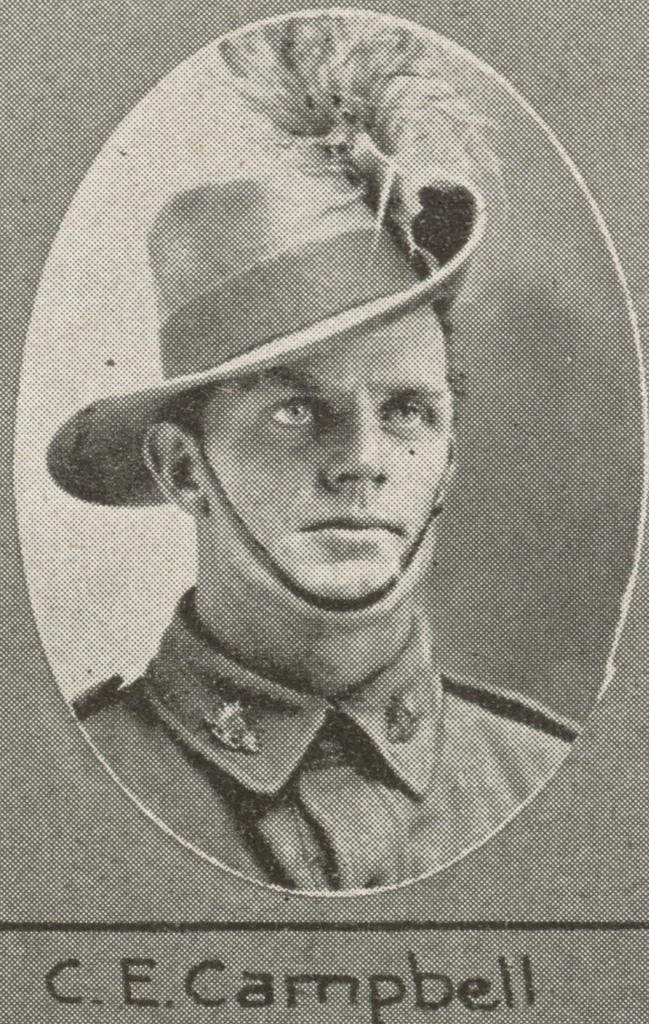 Brother of 2350 Private Stanley Gordon Campbell and 445 Corporal Spencer Colin Campbell (not on Roll of Honour).

Cyril Campbell landed at Gallipoli in August 1915. Six weeks later he contracted influenza and was hospitalised at St Paul’s Hospital in Malta, then invalided to Oxford Hospital. He then developed renal colic and was invalided to Australia in May 1916.