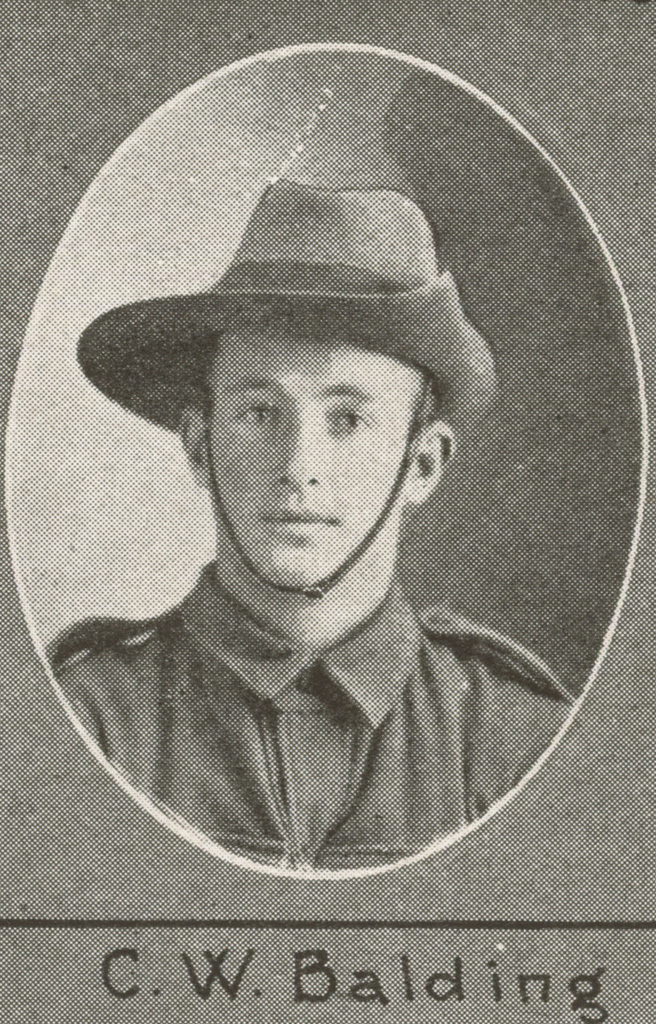 Cyril Balding landed at Lemnos in November 1915 with 9th Battalion reinforcements intended for Gallipoli but they were not deployed. He arrived in France from Egypt in June 1916. In September he was wounded in action and hospitalised at Rouen, then transferred to London’s 3rd General Hospital. He returned to Australia in January 1917 and was discharged in April, aged 19.