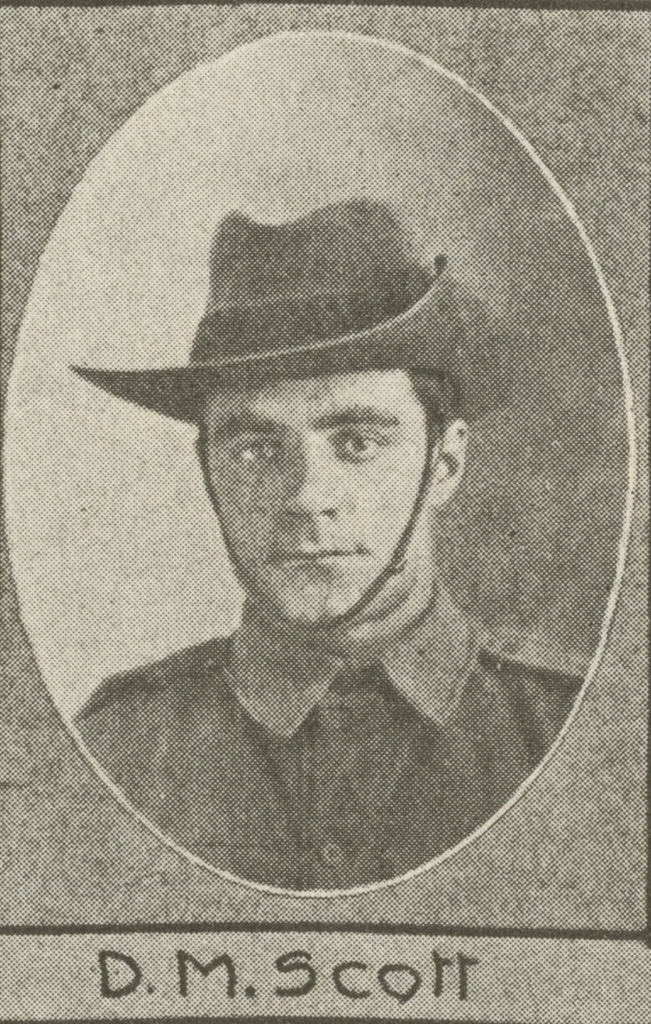 Daniel Scott served at Gallipoli from June to September 1915 when he contracted dysentery and was hospitalised in Malta and England. He re-joined his unit in France in April 1916. In August he was wounded in action and evacuated to England, re-joining his unit in December. His bravery at Levantie in July 1917 earned him the Military Medal. On 20 June 1918 in France he was wounded in action at Strazeele and evacuated to the 1st Australian Casualty Clearing Station where he died the same day.

Military Medal citation: "His Majesty the King has been graciously pleased to award the Military Medal for bravery in the Field." (Awarded 17 July 1917)