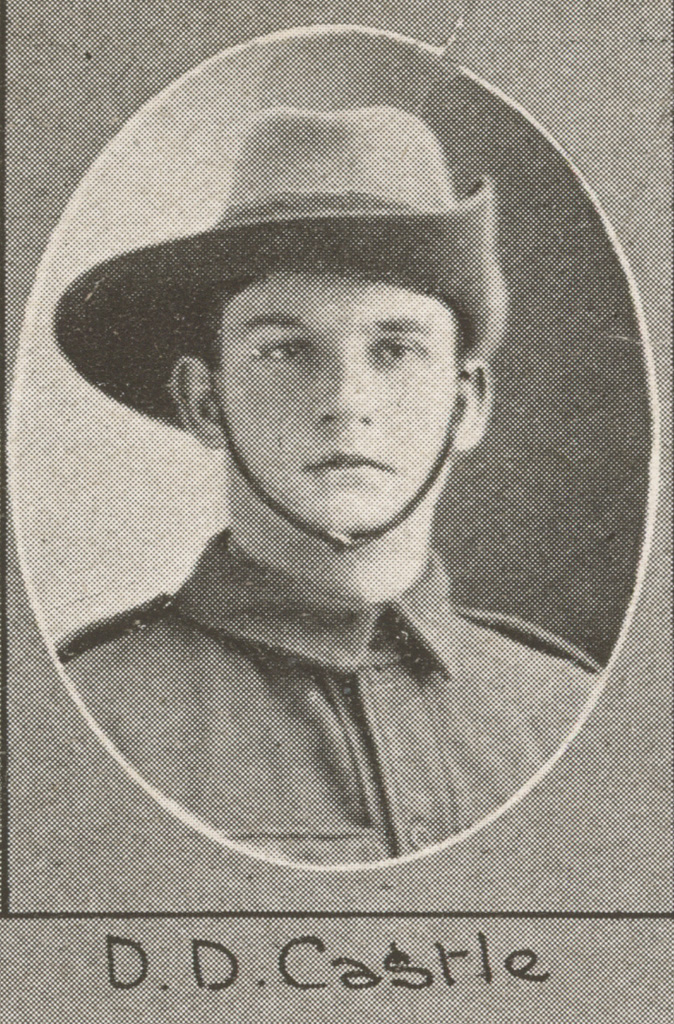 David Castle arrived at Lemnos in December 1915 with 9th Battalion reinforcements for Gallipoli but they were never deployed. In Egypt in January 1916 he transferred to the newly-raised 49th Battalion. He landed in France in June with his new unit which fought its first major battle at Mouquet Farm in August. In March 1917 he was hospitalised with influenza and trench feet. He re-joined his unit in May and five weeks later was killed in action at Messines, Belgium, aged 22. He was buried nearby but after the war his grave could not be found.