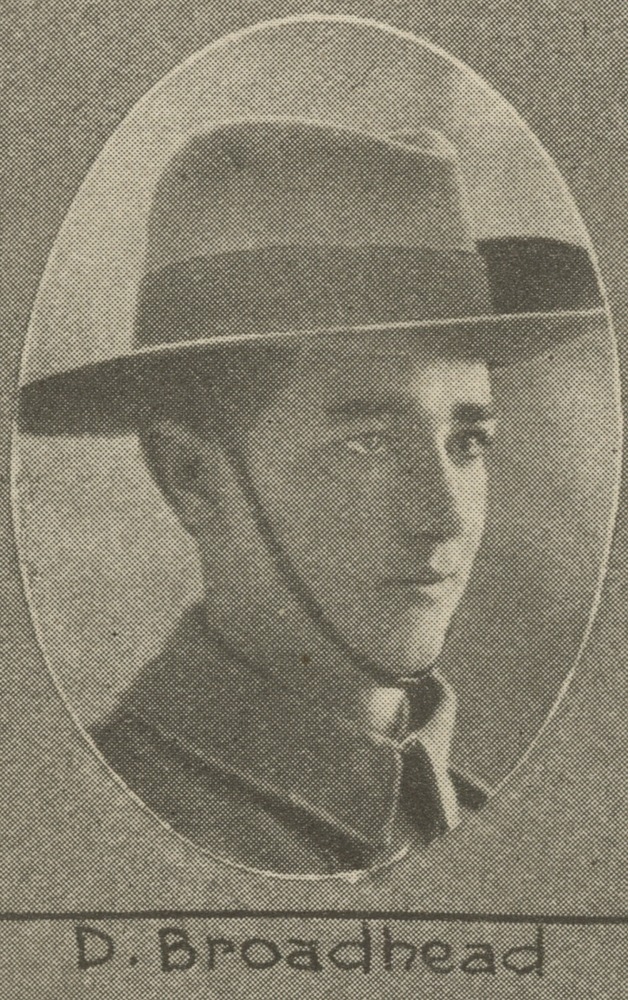 Douglas Broadhead was admitted to the Isolation Hospital at Abbassia in May 1915. He joined the 4th Training Battalion in July before transferring to Codford Camp in England. He was promoted to Corporal in April 1916. He returned to Australia in January 1918 and was discharged in April. He was 22.