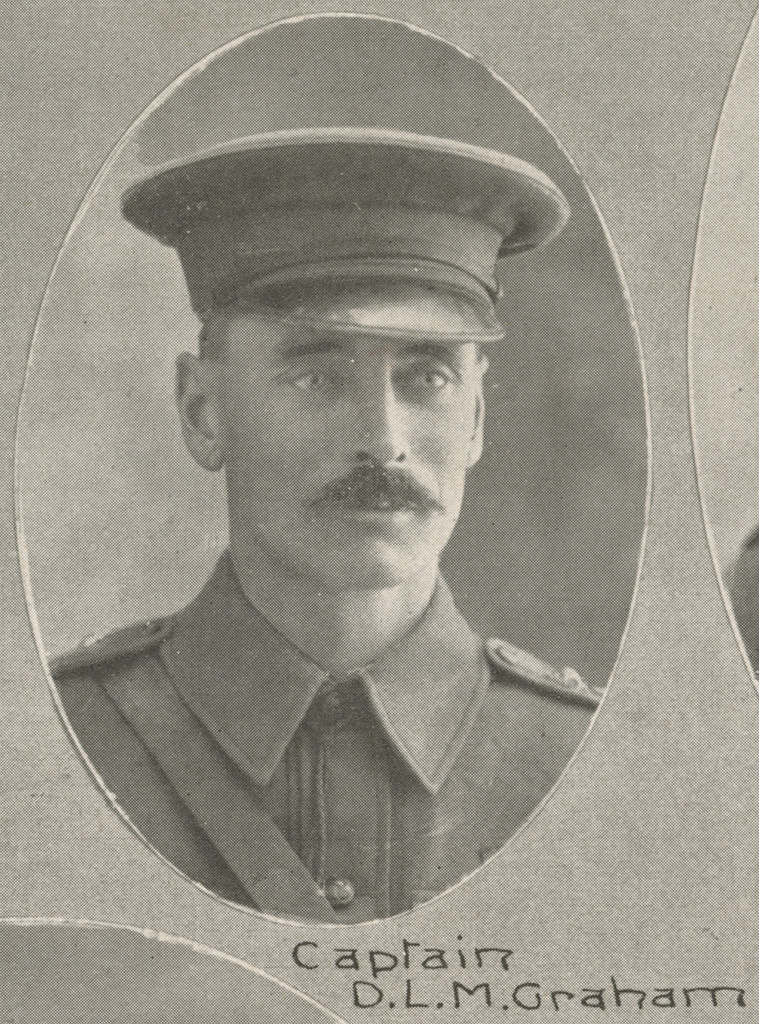 Dugald Graham had been a Lieutenant with the 4th Queensland Imperial Bushmen Contingent in the Boer War. In August 1914 he was commissioned Captain in the 2nd Light Horse Regiment and in October was promoted to Major. He landed at Gallipoli on 12 May 1915. The next day his unit was ordered to attack strongly defended Turkish trenches around Quinn's Post that resulted in many AIF casualties. He was killed in action and hastily buried. Five days later his body was exhumed and re-buried at Pope's Hill Cemetery.