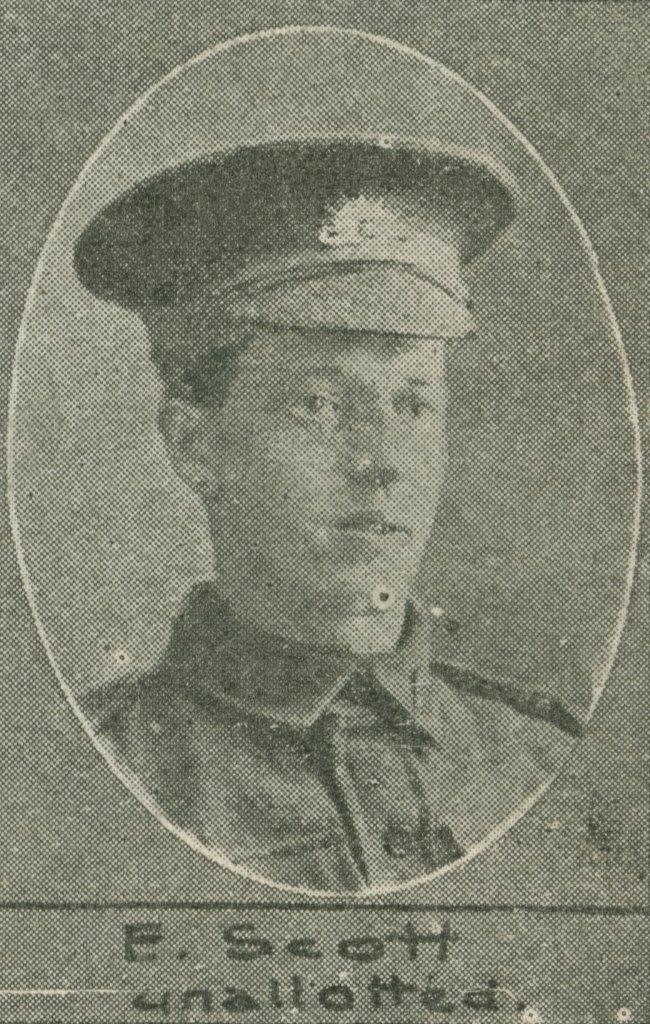 Edmond Scott arrived in France in March 1916. He was awarded the DCM in December 1917. In March 1918 he was wounded in a gas attack and hospitalised in England. He re-joined his unit in June but soon after was wounded in his abdomen and right arm. Following several months in hospital in France and England he was invalided to Australia.

Distinguished Conduct Medal citation: "For conspicuous gallantry and devotion to duty as a runner. During an enemy attack he was sent with another runner to get in touch with posts on the right that were being hard pressed. One post turned out to be occupied by the enemy, who surrounded the runners. He, however, bombed his way out and got in touch with the other post. Though again surrounded on his way back, he got through and delivered his message to the company commander." (Awarded 15 December 1917)