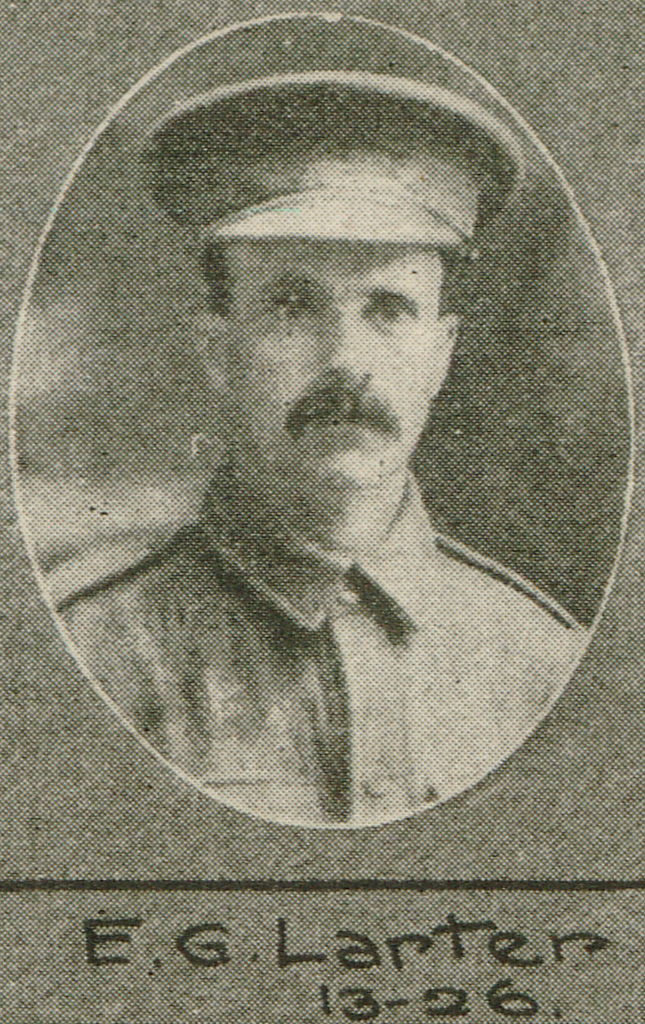 Edward Larter arrived in France from England in May 1917 and transferred to the newly-raised 49th Battalion. He was killed in action 25 days later at Messines, Belgium. His body was never found.