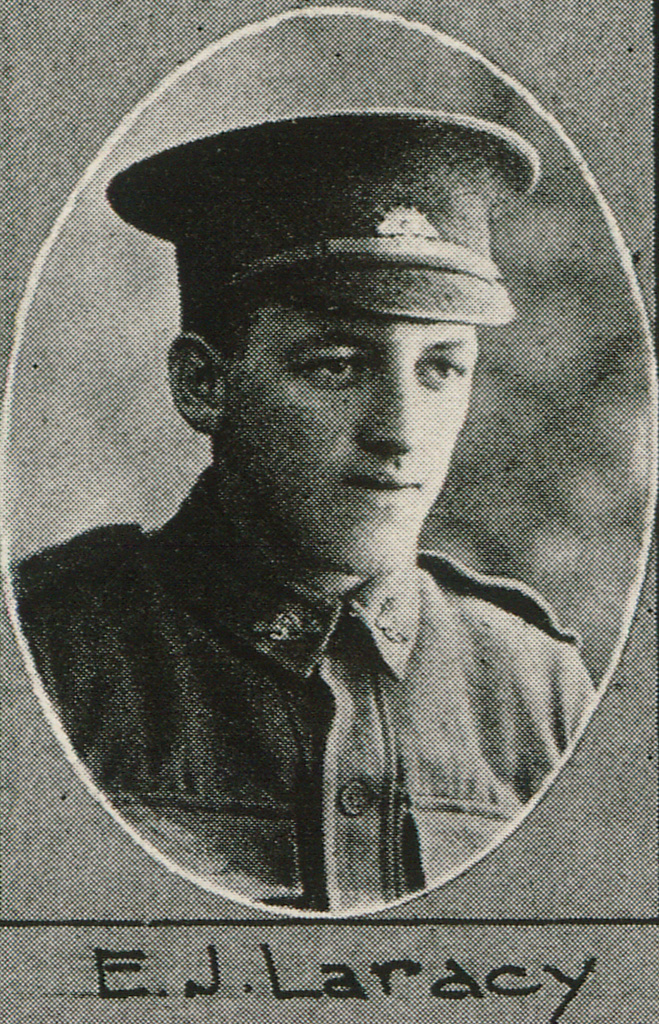 Cousin of 121 Lieutenant Francis Patrick Laracy MC (drowned at sea) and 2835 Private Thomas Laracy (not on Roll of Honour).

Edward Laracy arrived in Egypt in February 1916 and transferred to the Army Service Corps 4th Field Bakery. In France in March he developed bronchitis and was admitted to hospital in Rouen, then transferred to the Kitchener Military Hospital in Brighton. He was discharged in May to duty at the Larkhill Camp bakery. In October he became seriously ill with pleurisy and died from pneumonia.