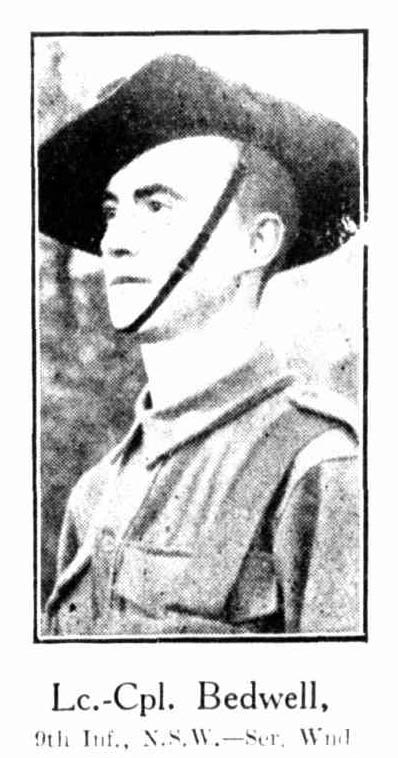 Brother of 2205 Private Charles D'Arcy Bedwell (not on Roll of Honour).

Edward Bedwell was among the first ashore at Gallipoli on 25 April 1915. Three days later he was promoted to Sergeant. In May he was wounded in action by a gunshot to the head. He was evacuated to the 2nd General Hospital at Gezireh and two weeks later invalided to Australia. After returning to his family home in Maryborough he recuperated at Kangaroo Point Military Hospital in Brisbane. He was discharged in December 1915.