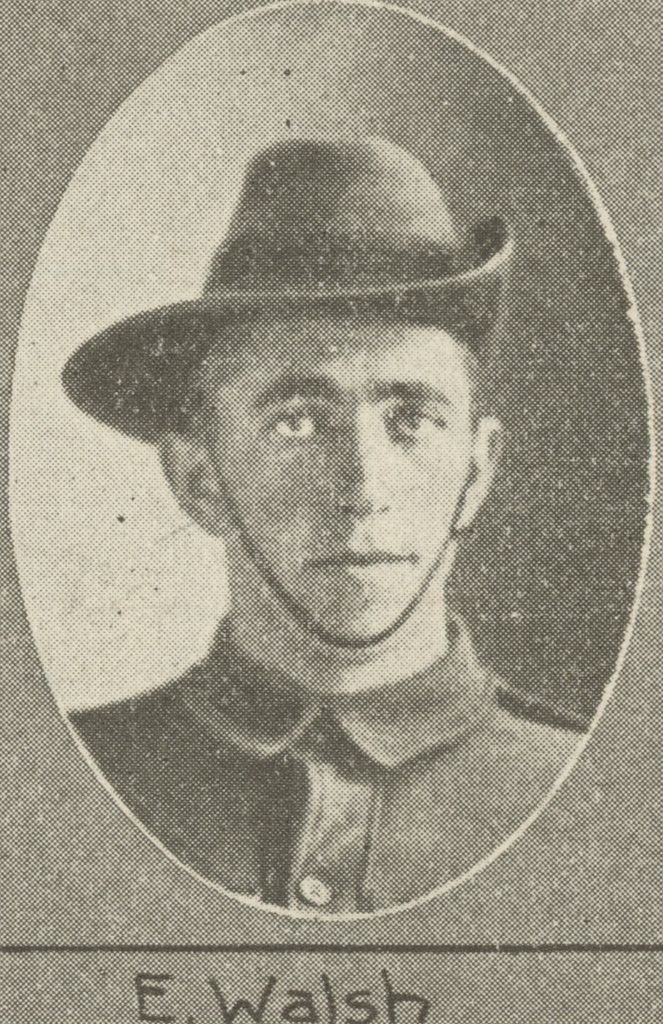 Edward Walsh was among the first Australians to land at Gallipoli. On 23 June he received shrapnel wounds to his head and chest and died of his wounds the next day.