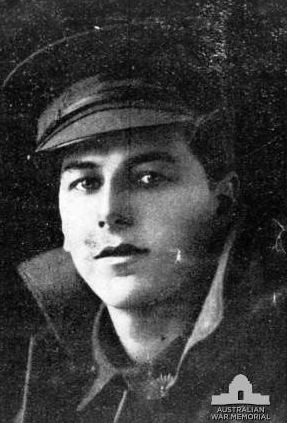 Edward Marlay arrived in France in January 1917 and transferred to the 1st Australian Field Ambulance. On 6 May at Bullecourt he was seriously wounded by shrapnel and evacuated to the 7th Canadian General Hospital at Etaples, then to Royal Herbert Hospital in London for major surgery. In June he was moved to the 1st Australian Auxiliary Hospital at Harefield before being invalided to Australia. When the transport arrived at Freetown, British Sierra Leone, Edward was taken to Tower Hill Military Hospital with acute appendicitis. After two operations he died from septicaemia. He was only 20.