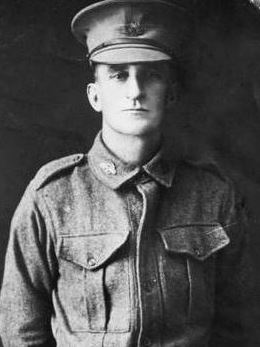 Edwin Aland joined his unit in France in July 1916. Sixteen days later he was killed in action at Pozieres. After the war his body could not be found. Having no known grave his name was included on the Australian National Memorial at Villers-Bretonneux. In 1936 his remains and identity disc were discovered buried near Pozieres and were re-interred at Sucrerie Military Cemetery.