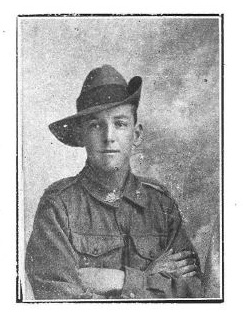 Eric Leadbetter transferred to the newly-raised 47th Battalion in Egypt and arrived in France in June 1916. In 1917 he was rapidly promoted through the ranks to Sergeant. In September he was sent to Lewis Gun School at Tidworth and returned to France in November. On 28 March 1918 he was killed in action at Dernancourt. He was 21. His body was never found.