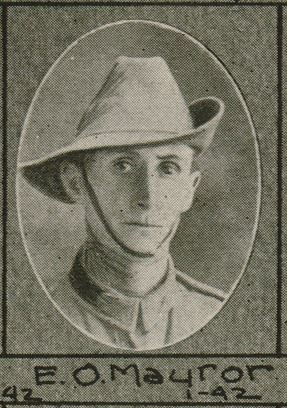 Ernest Maurer arrived in France in August 1916. Two weeks later he was wounded in action and evacuated to Birmingham’s Southern General Hospital, re-joining his unit in December. In April 1917 at Pozieres he was accidently wounded when a defective grenade exploded prematurely. In January 1919 he transferred to the 4th Divisional Train 26th Army Services Corps. On 14 April, while preparing to embark for Australia, he was admitted to hospital at Le Havre “dangerously ill from an accidental skull fracture” and died two days later. The cause of his tragic injury was never explained.