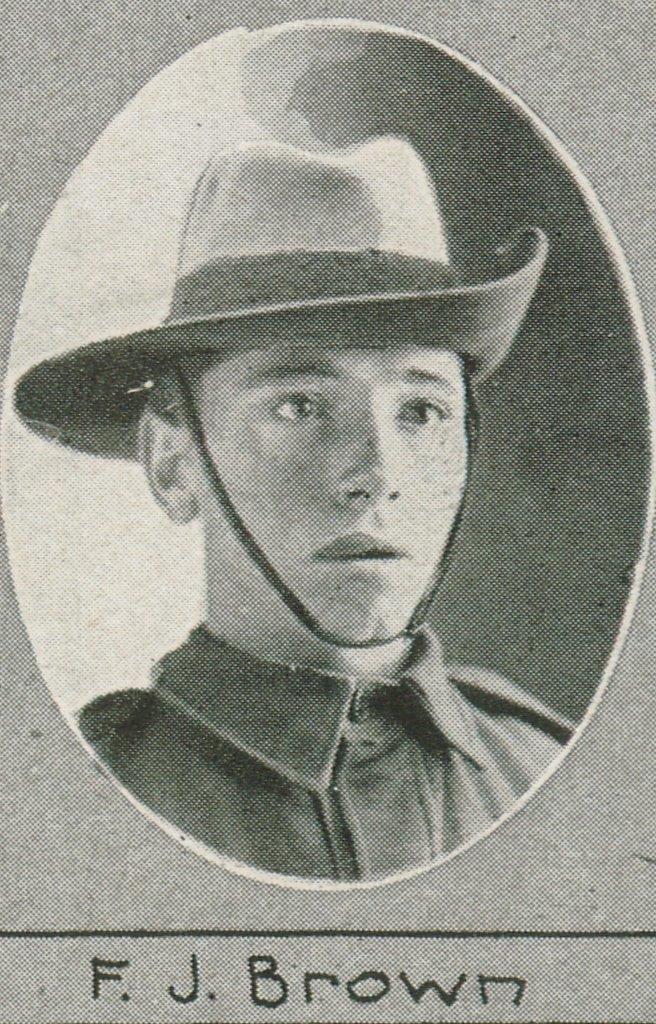 Francis Brown served at Gallipoli from September to December 1915. He arrived in France in March 1916. In July he was reported missing after heavy fighting at Pozieres. Eleven months later a Court of Enquiry confirmed he had been killed in action on 29 July. He was just 22. His body was never found.