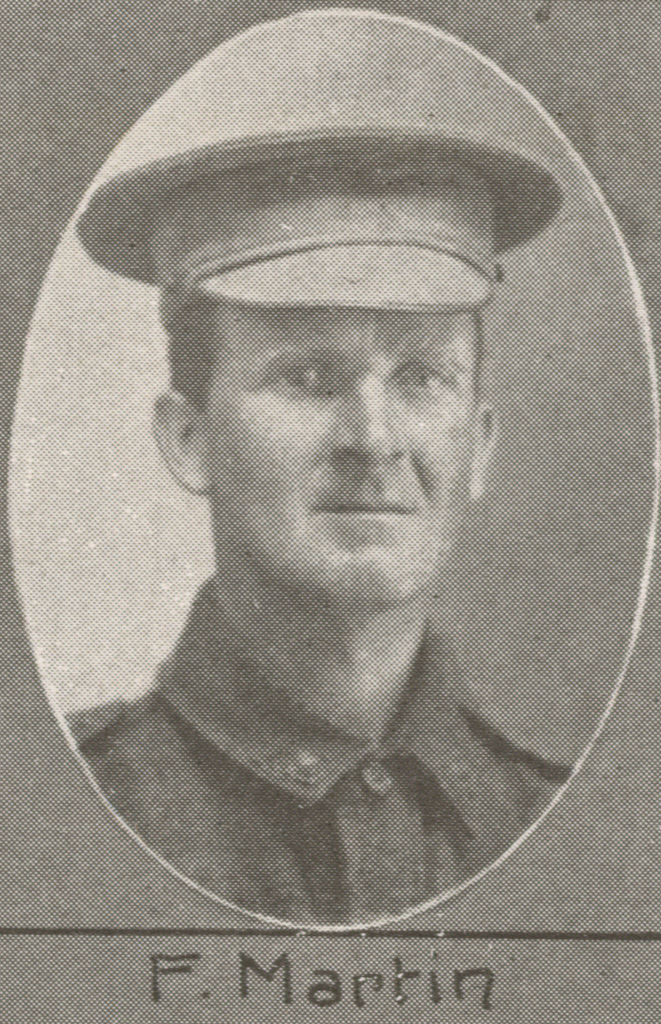 Francis Martin transferred to the newly-raised 56th Battalion in Egypt in May 1916 and arrived in France in June. Three weeks later he was killed in action at Fromelles and was buried the same day. AIF casualties were 5,533 officers and men killed, the worst 24 hours in Australian military history.