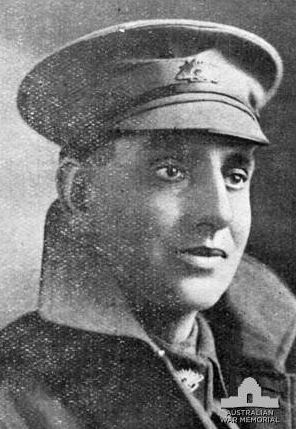 Frank Montgomery Pointer – Brisbane born and married with two daughters - enlisted in August 1916 as Frank Montgomery (his mother's maiden name) of Singleton NSW, single with no children. After six months training in England he landed in France in July 1917. He was killed in action in Belgium on 9 October at the battle of Broodseinde Ridge. His body was never found.