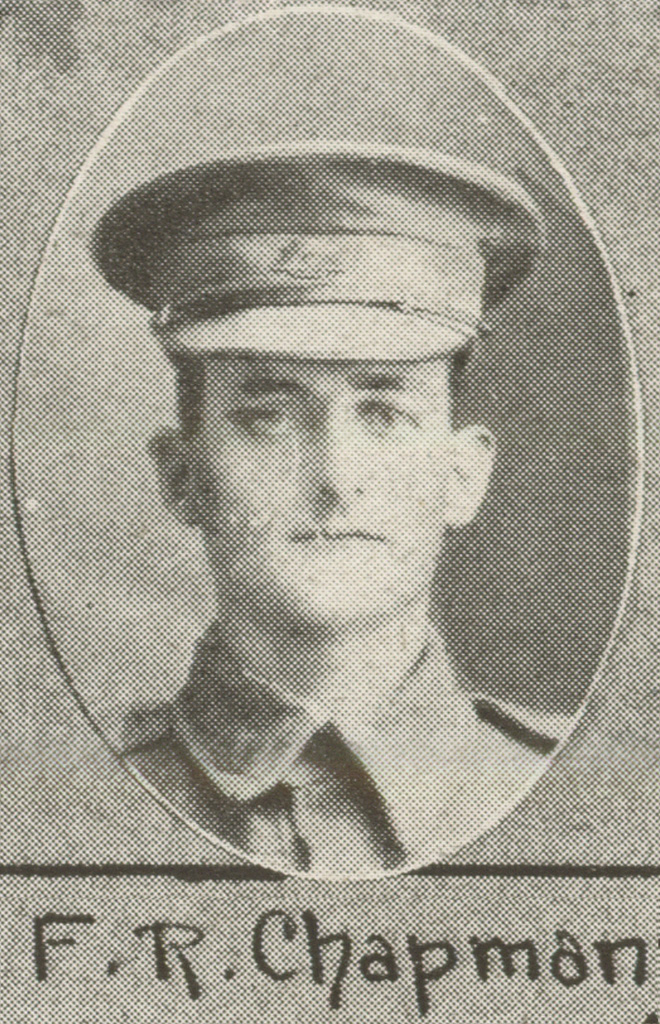 Frank Chapman arrived in France in January 1918 assigned to the 25th Battalion. In October the 25th was disbanded after the successful attack at Beaurevoir and he transferred to the 26th Battalion. In July 1919 he was granted leave to attend a three month course on fruit-picking and market gardening and was discharged in England in October 1919.