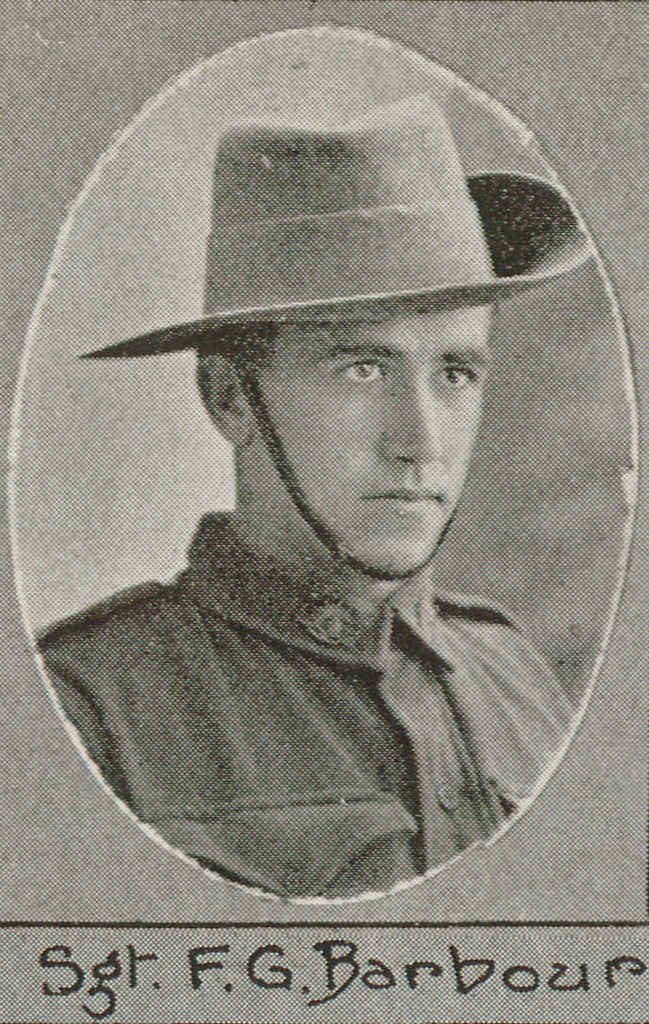 Frederick Barbour was a scholarship student at the University of Queensland when he enlisted. In February 1916 he transferred to the 9th Battalion and arrived in France in April. On 25th February 1917 he was wounded in action and died of his wounds enroute to a Field Ambulance base. He was buried unnamed at the AIF Burial Ground at Flers (one of 2263 still unidentified burials at this cemetery). Special crosses were placed on some plots stating, "Believed to be buried in this cemetery. Actual grave unknown'. He was 21.