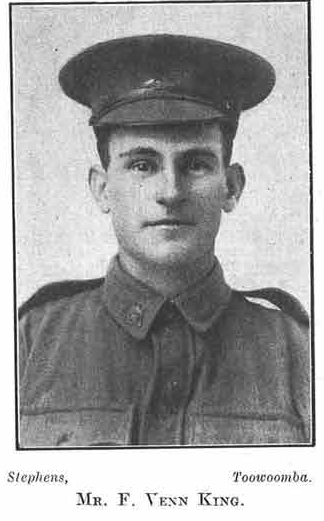 Frederick King arrived in Egypt in January 1916 and transferred to the newly-raised 49th Battalion. He landed in France in June. In September he was wounded in action at Pozieres and evacuated to Birmingham’s Southern General Hospital. Promoted to Corporal in March 1917 he re-joined his unit in France in November. He was promoted to Sergeant in May 1918 and returned to England for further training. In January 1919 he returned to Australia and was discharged in April.