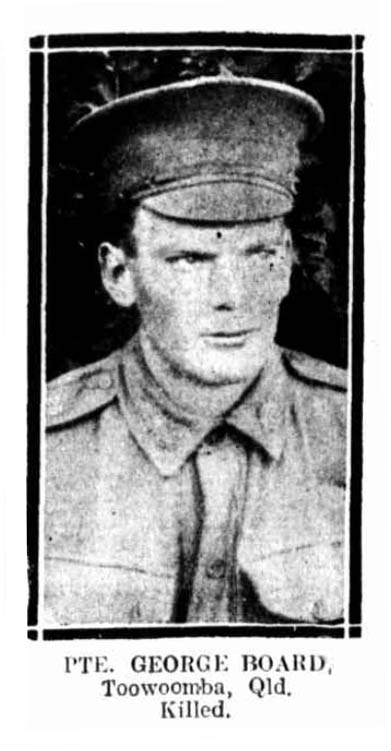 George Board arrived at Gallipoli in September 1915. He was killed in action in November and buried at Chailak Dere Cemetery. After the war his grave could not be identified, along with 261 others.

When their remains were re-interred at Embarkation Pier Cemetery by the Imperial (now Commonwealth) War Graves Commission, headstones with their details were placed for the purpose of '...suitably perpetuating those men of the Force whose actual graves cannot be located.'