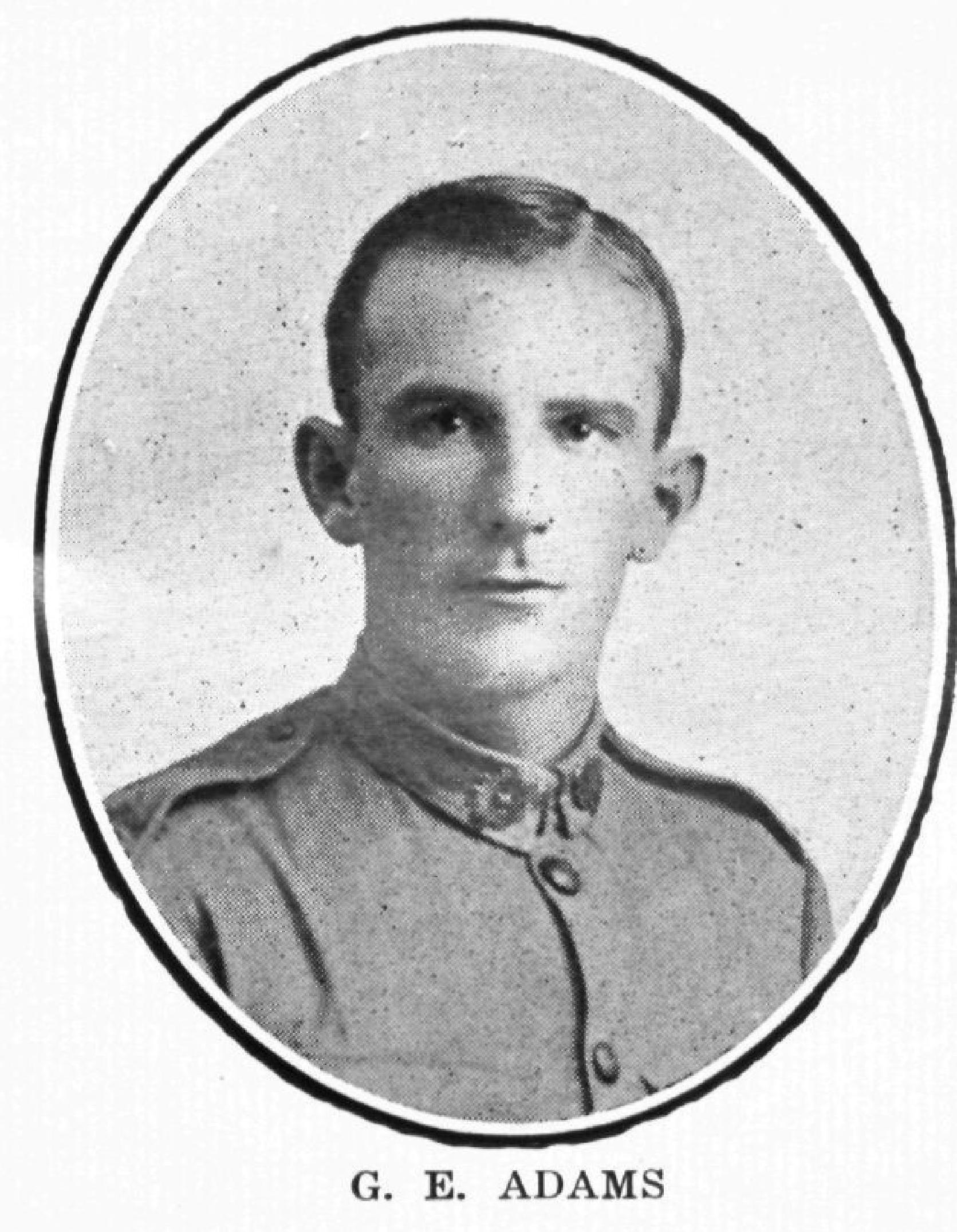 In July 1916, George Adams was transferred to the 2nd Trench Mortar Battery as a gunner, and was with this unit when he was killed in March 1917. He was buried in an isolated grave at Bapaume near the battle site. In 1924 the Imperial (now Commonwealth) War Graves Commission exhumed his remains and re-interred them at Warlencourt British Cemetery.