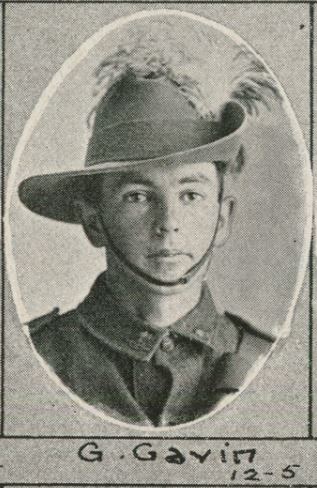 George Gavin arrived in Egypt in January 1916. In March he was deployed at Serapeum defending the Suez Canal. In October 1918 he contracted malaria and was admitted to Cairo’s Boulaq Convalescent Depot. He returned to Australia in January 1919.