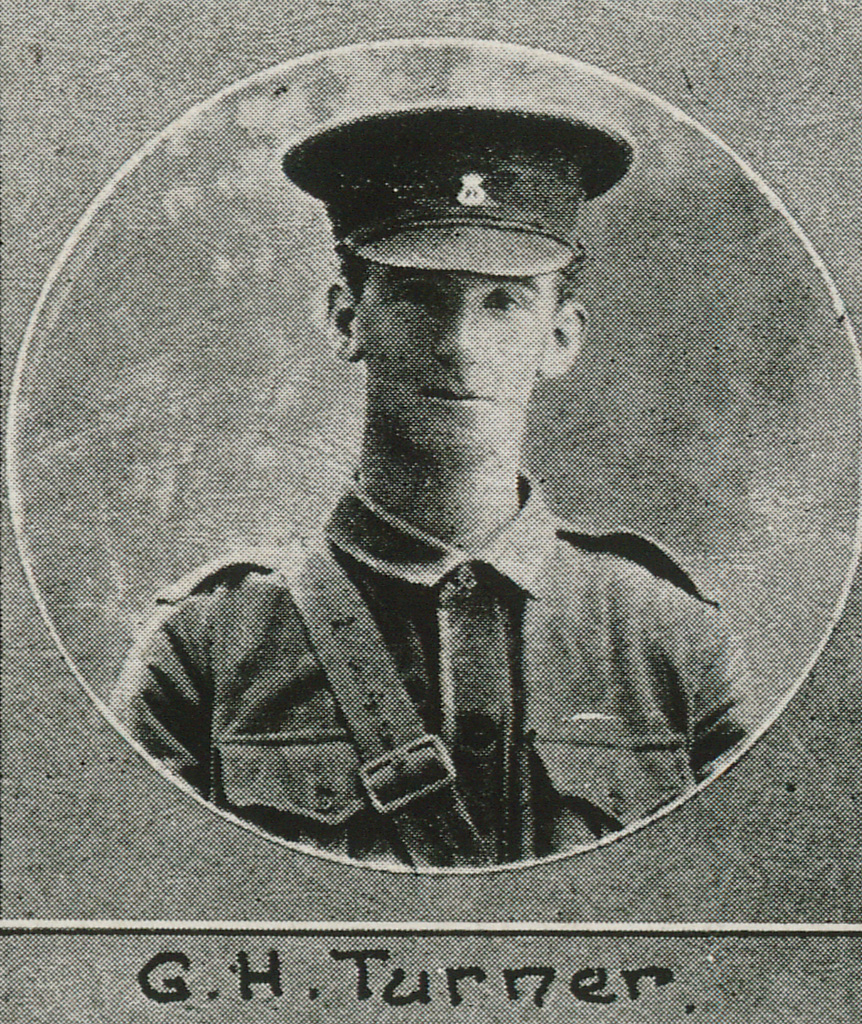 George Turner landed in France in January 1917. In August he was promoted to Sergeant and was sent to England for specialised training, returning to France in April 1918. On 7 September in France he was killed in action near Peronne and buried at the battlefield. After the war his grave could not be found.