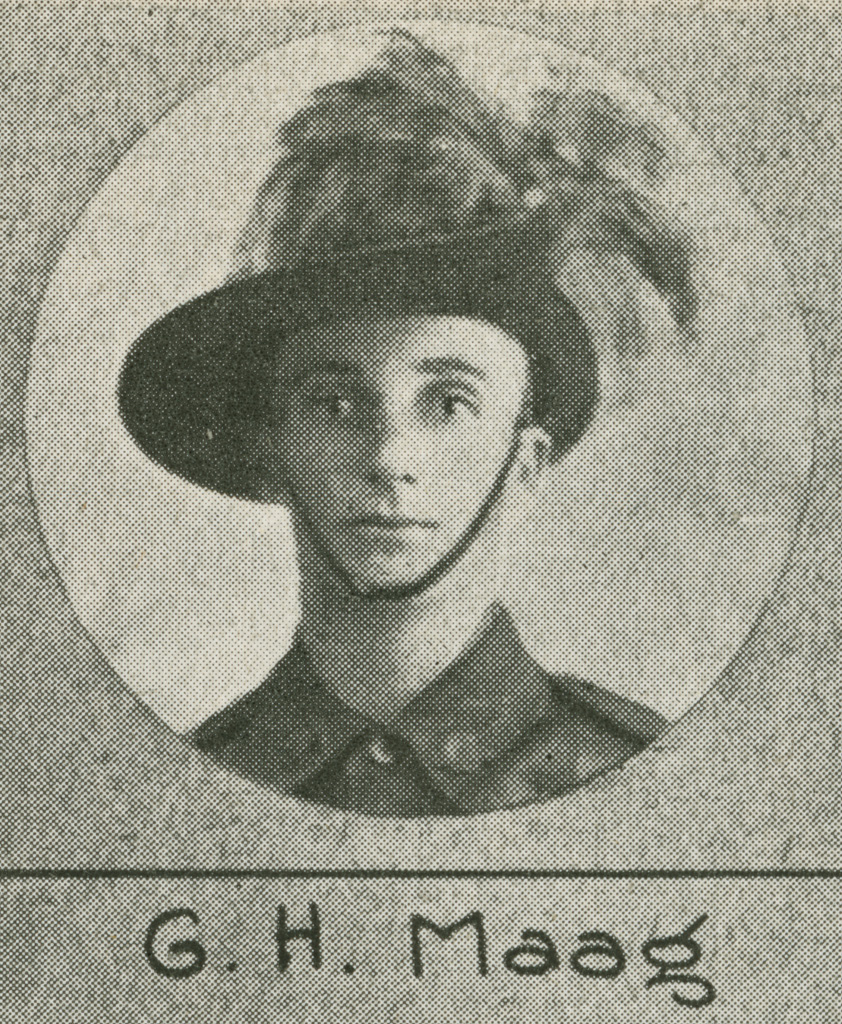 George Maag arrived in France in August 1918. Just eleven days later near Peronne he was wounded in action in both legs and died the same day. He was only 21. He was buried in the Curlu French Military Cemetery near Peronne. In May 1920 his remains were exhumed and re-interred at Suzanne Military Cemetery.