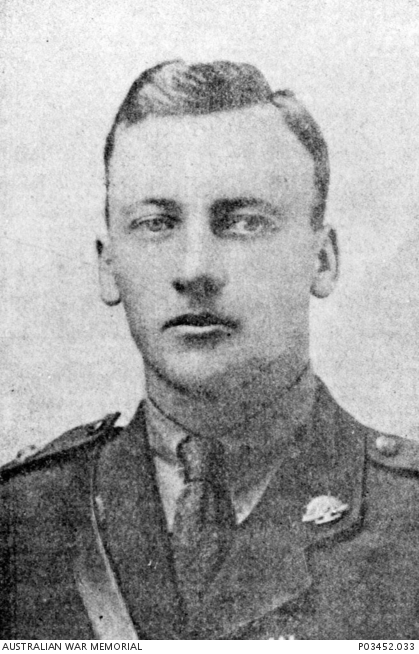 George Sheppard landed at Gallipoli in September 1915. In November he was wounded by shrapnel and evacuated to Cairo, re-joining his unit in France in April 1916. He was wounded again in March 1917, the day after his promotion to Sergeant, and evacuated to Reading War Hospital, re-joining his unit in July. In December 1917 he was selected for an officer training cadetship in England. In June 1918 he graduated as a 2nd Lieutenant and re-joined his unit in France. He was killed in action at Villers-Bretonneux 17 days later. He was 25.

Military Medal citation: "For gallantry and devotion to duty during the attack on Broodseinde on 4th October 1917. Early in this attack this N.C.O. was severely shaken and dazed by the explosion of a high explosive shell, but pulling himself together with great effort continued the attack with determination and headed the first party to reach the final objective. The spirit he displayed had a very fine effect on his men and certainly assisted greatly in making the attack a success." (Awarded 31 October 1917)