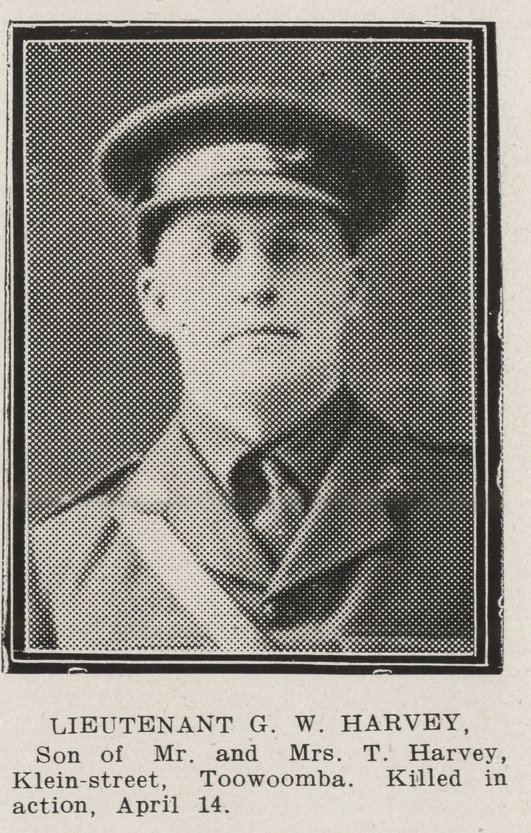 Gerald Harvey arrived in England in July 1916 and spent 10 weeks in training camp before embarking for France. In January 1917 he was promoted to 2nd Lieutenant and joined his unit at the front in February. He was killed in action at Bapaume seven weeks later.