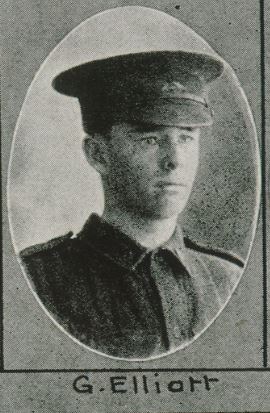 Gordon Elliot arrived in Egypt in March 1916 where he trained with the Australian Army Medical Corps. He embarked for France in June and joined the 12th Field Ambulance. In December he was hospitalised in Rouen with 'trench feet'. In February 1917 he transferred to the 4th Field Ambulance and was killed in action in May. His body was never recovered.