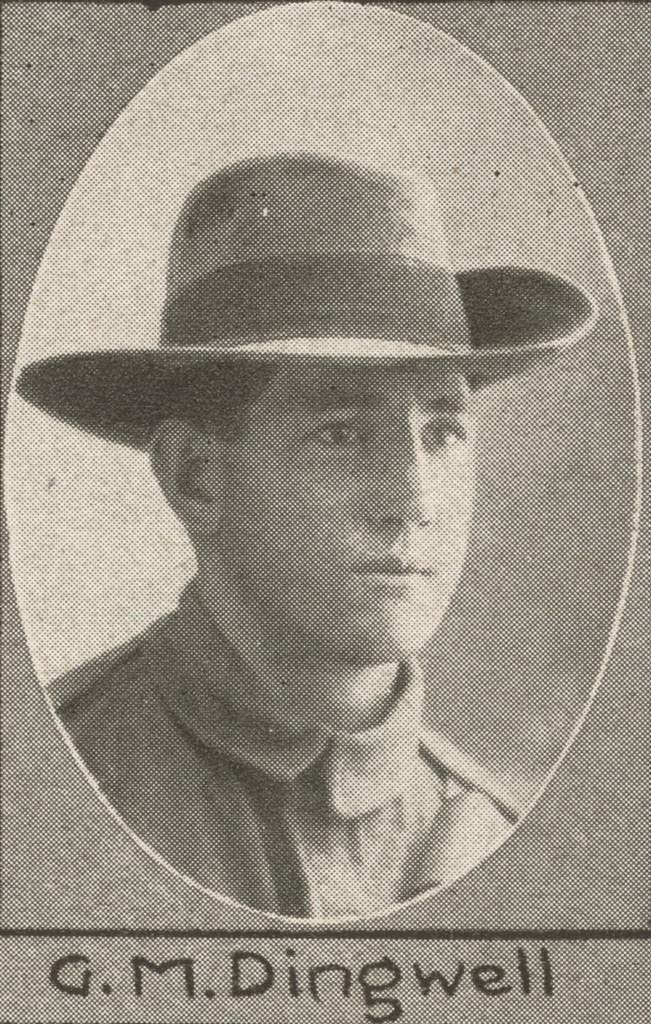 Gordon Dingwall landed at Gallipoli in May 1915 and was evacuated to Egypt in December. He transferred to the 4th Field Artillery Brigade and arrived in France in October 1916. In June 1918 he was awarded the Military Medal and he returned to Australia in October.

Military Medal citation: "His Majesty the King has been graciously pleased to award the Military Medal for bravery in the Field." (Awarded 1 June 1918)